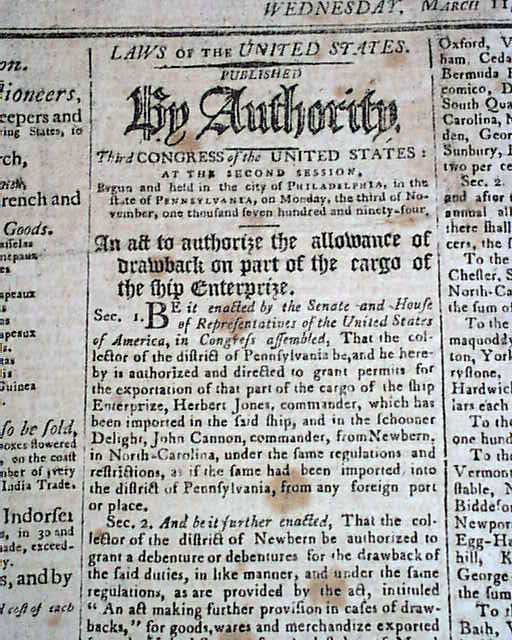 The front page features 3 Acts of Congress, each signed in script type by the President: Go. Washington, & in block type by the V.P.: John Adams.  A displayable issue as such.
Four pages, scattered foxing, nice condition.