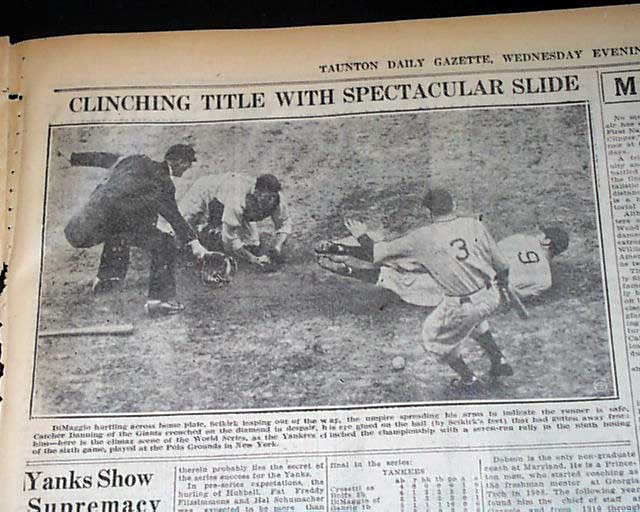 The sports page has a photo headed: "Clinching Title With Spectacular Slide", then the lengthy report with column heads: "Yanks Show Supremacy in the Series" "More Than Two Score Records Broken or Equaled" with talk of the "murderers' row".
Twelve pages, a bit irregular at the spine, good condition.