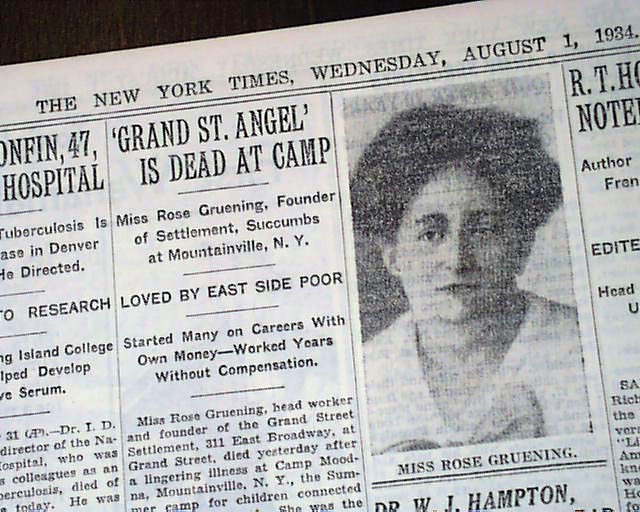 The top of page 17 has a one column heading: "'GRAND ST. ANGEL' IS DEAD AT CAMP" with subheads and photo. (see) First report coverage on the death of Rose Gruening, founder of the Camp Moodna at Mountainville, New York.
Other news, sports and advertisements of the day. Complete in 36 pages, rag edition, a little wear along bottom margin, nice condition.