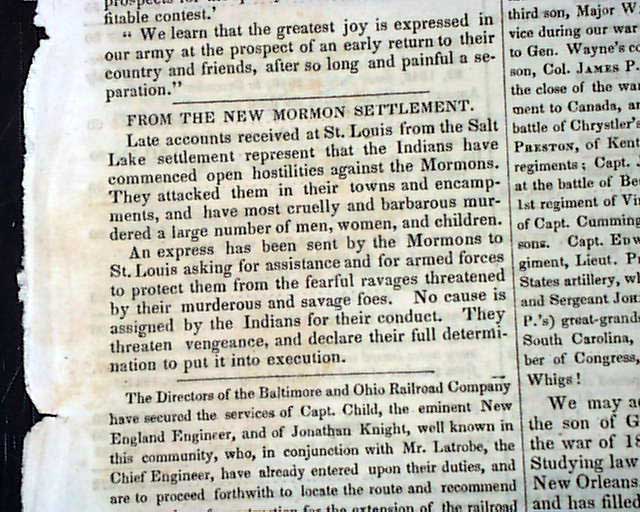 The front page has: "From The New Mormon Settlement" which mentions: "...the Indians have commenced open hostilities against the Mormons. They attacked them in their towns..." and more.
Four pages, nice condition.