Home > Back to Search Results > Jill Johnston's 1961 "Dance: Cunningham In Connecticut" in the Village Voice...
Click image to enlarge 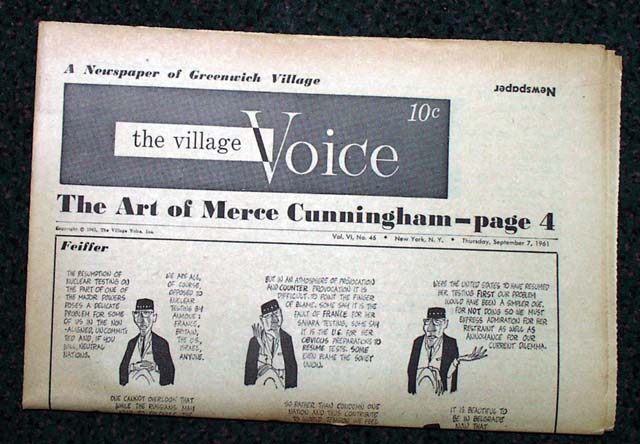 Jill Johnston's 1961 "Dance: Cunningham In Connecticut" in the Village Voice...

The feature article of this issue is an early piece done by cultural critic and icon, Jill Johnston: "DANCE: Cunningham In Connecticut." This is certainly a fine original printing to have for those who collect Johnston-related material.
Also included is a front page cartoon by Pulitzer Prize winning author and satirical cartoonist Jules Feiffer.
Complete in 12 pages, never bound nor trimmed, tabloid-size, occasional margin-edge tears, a soft crease across the center (i.e., it has been folded at the centerfold - as is typical), very nice condition.
Provenance note: This issue comes from The Village Voice's own archives, part of their in-house collection used to create their digital archive. 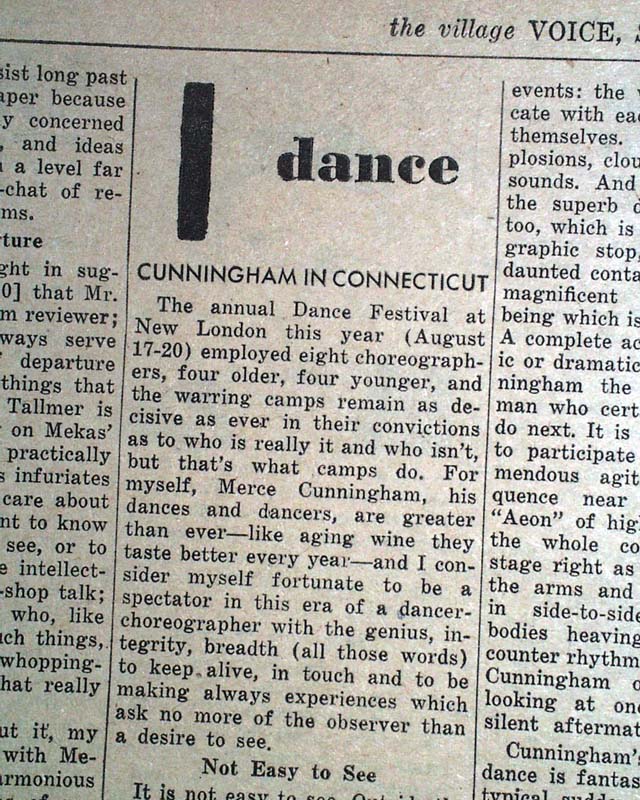 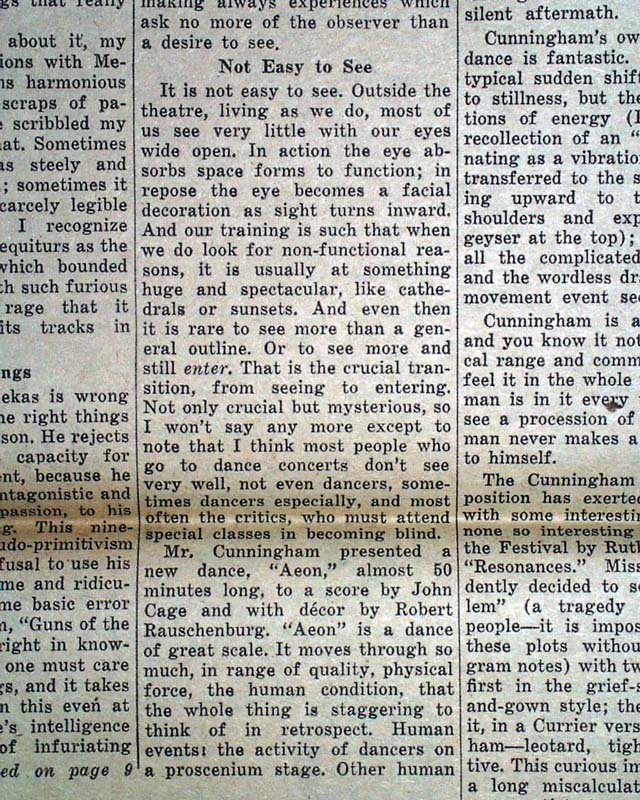 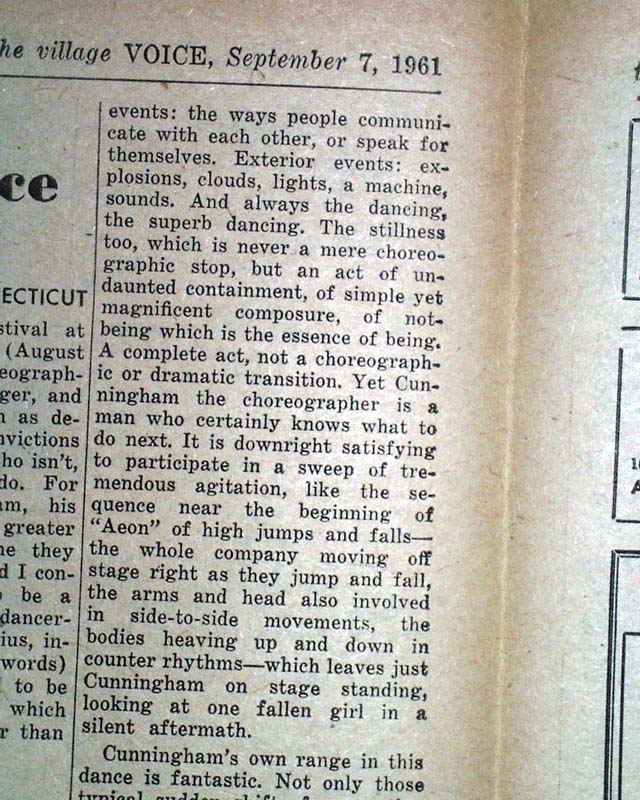 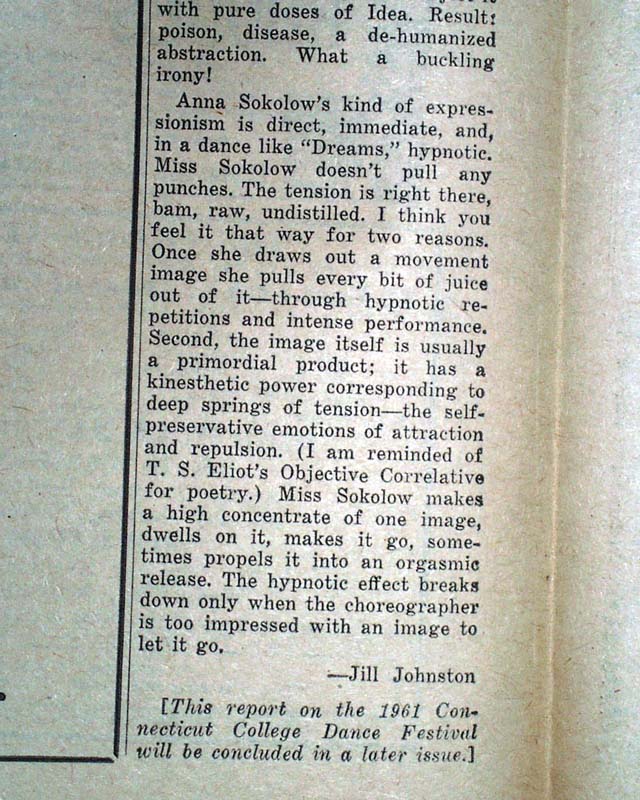 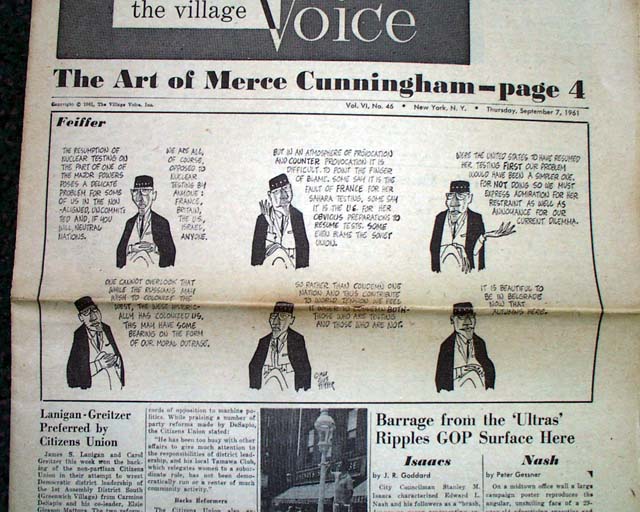 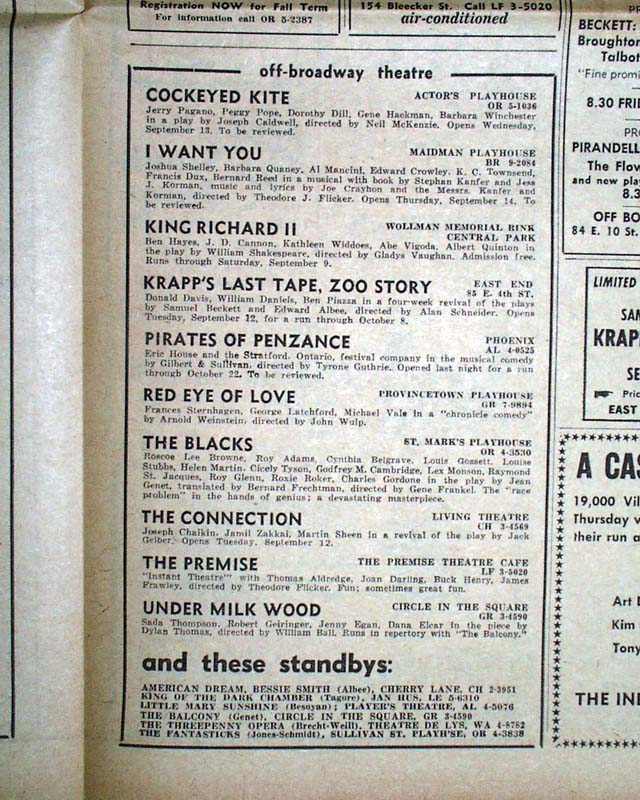 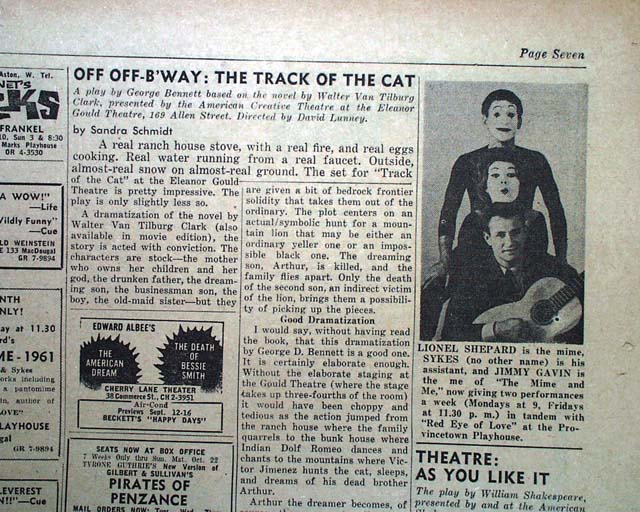 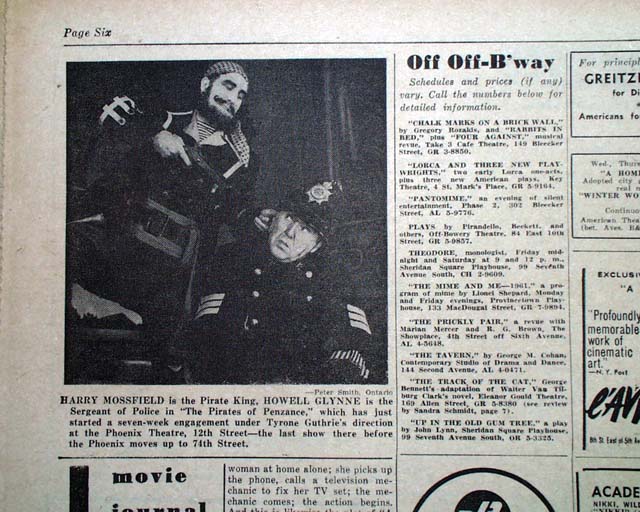 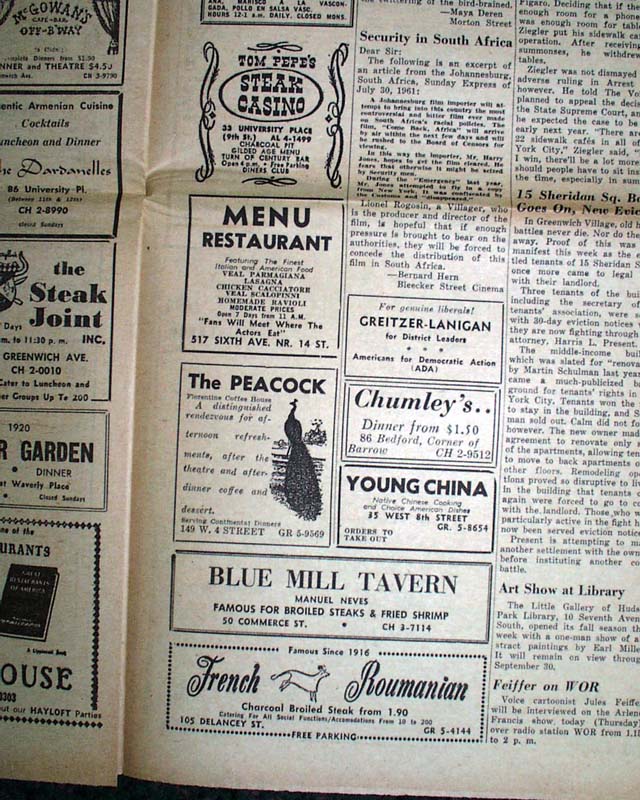 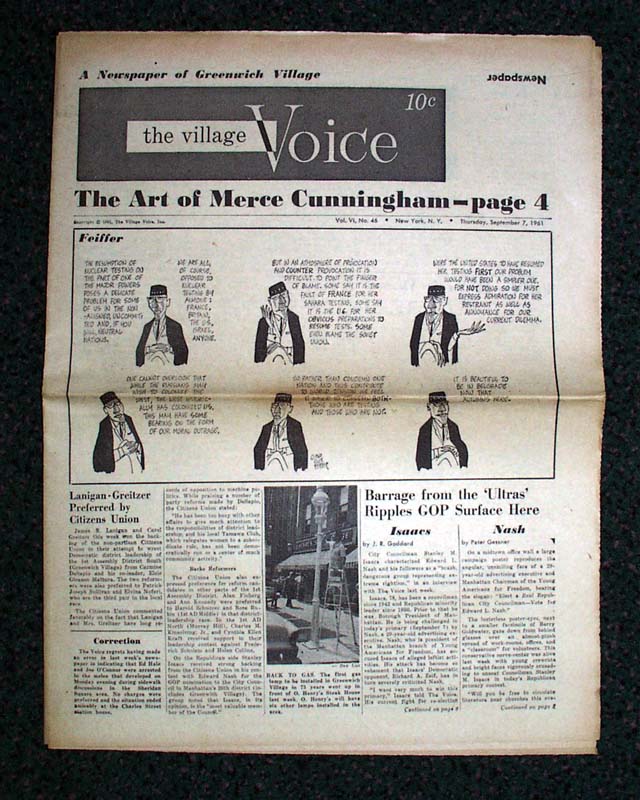