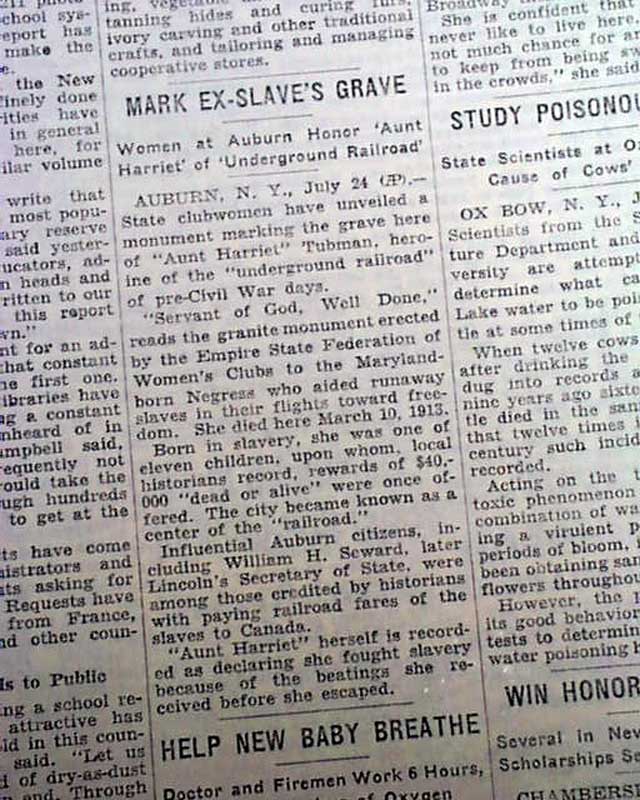 Page 4 of section 2 has a small one column heading: "Mark Ex-Slave's Grave" with subhead: "Women at Auburn Honor 'Aunt Harriet' of 'Underground Railroad'" (see) First report coverage on the erection of the gravestone marker by the Empire State Federation of Women's Clubs for Harriet Tubman at Auburn, New York. I suspect this is one of the few publications to report this particular event as other titles in our inventory do not, given the small and discrete report here.
Other news, sports and advertisements of the day. Complete in a 70+ page Sunday edition, rag edition in very nice condition.