Home > Back to Search Results > Was Nat Turner a preacher?
Click image to enlarge 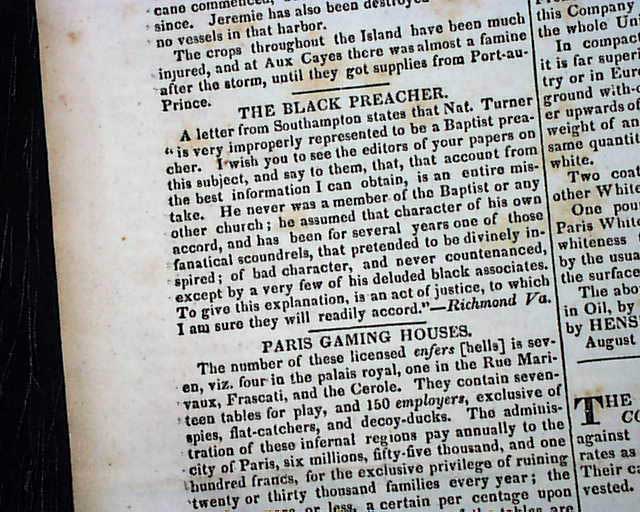 Was Nat Turner a preacher?

the back page has: "The Black Preacher" noting in part: "...letter from Southampton states that Nat. Turner is very improperly represented to be a Baptist preacher...is an entire mistake...he assumed that character of his own accord & has been for several years one of those fanatical scoundrels...".
Nat Turner was an enslaved African-American who led a two-day rebellion of both enslaved and free black people Virginia, less than a month prior. The rebellion caused the death of approximately 60 white men, women and children.
Four pages, some damp staining, good condition.