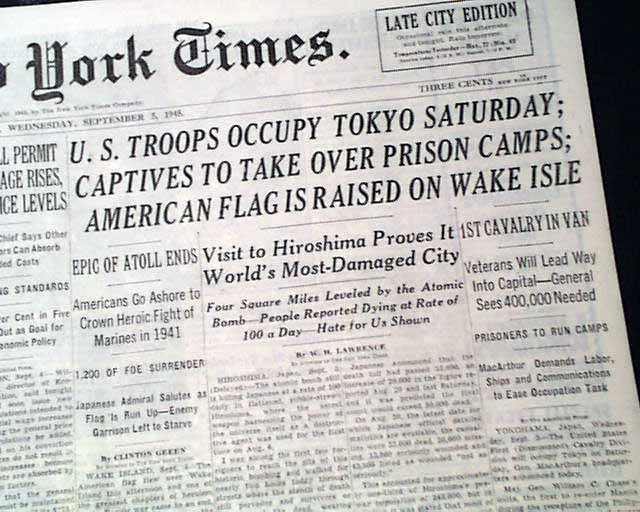 The front page has a four column headline: "AMERICAN FLAG IS RAISED ON WAKE ISLE" with subheads that include: "EPIC OF ATOLL ENDS" "Americans Go Ashore to Crown Heroic Fight of marines in 1941" and more. (see)
Other news, sports and advertisements of the day. Complete with all 40 pages, rag edition in very nice condition.