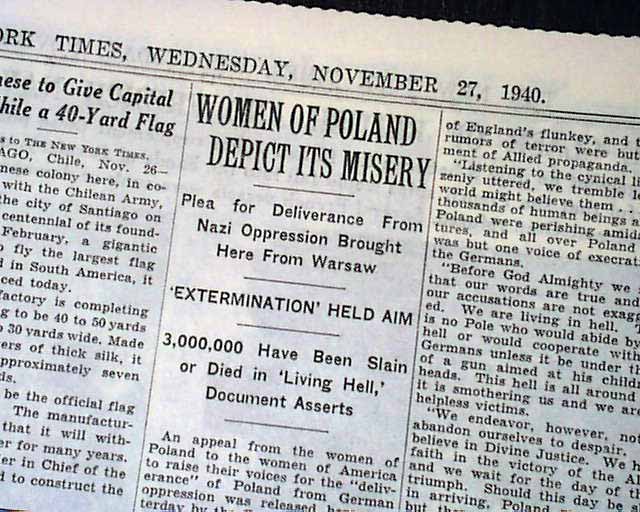 The top of page 8 has a one column heading: "WOMAN OF POLAND DEPICT ITS MISERY" with subhead: "EXTERMINATION HELD AIM" and more. See images for coverage on the ongoing atrocities in Nazi-occupied Poland where extermination of the Jewish population was most prevalent.
Rare to find such reports in newspapers at this time as the reality of the holocaust was just being realized. What better evidence to confirm of what really happened then having a 1st hand account from the day it was first reported.
Other news, sports and and advertisements of the day. Complete in 46 pages, this is the rare rag edition that was produced on very high quality newsprint, with a high percentage of cotton & linen content, allowing the issues to remain very white & sturdy into the present. Given the subscription cost, libraries & institutions rather than individuals were the primary subscribers of these high-quality editions. Very nice condition. 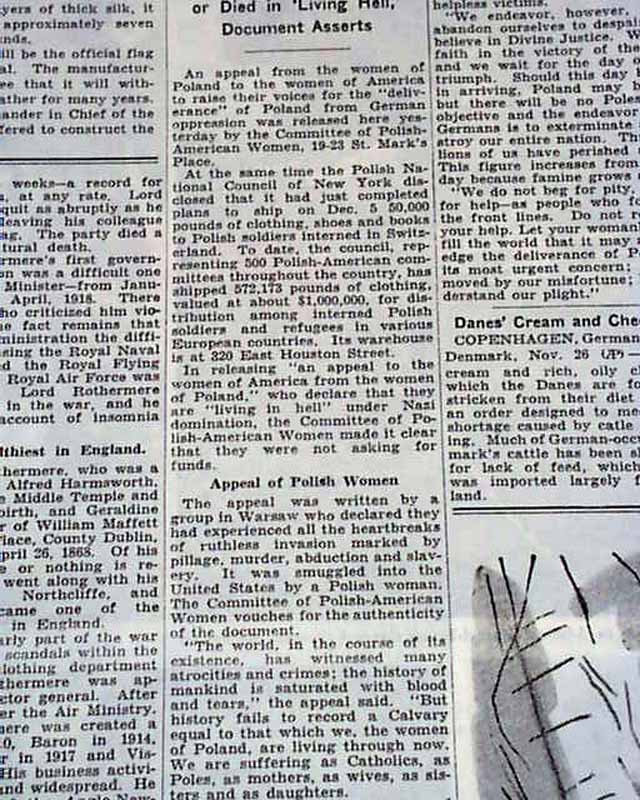 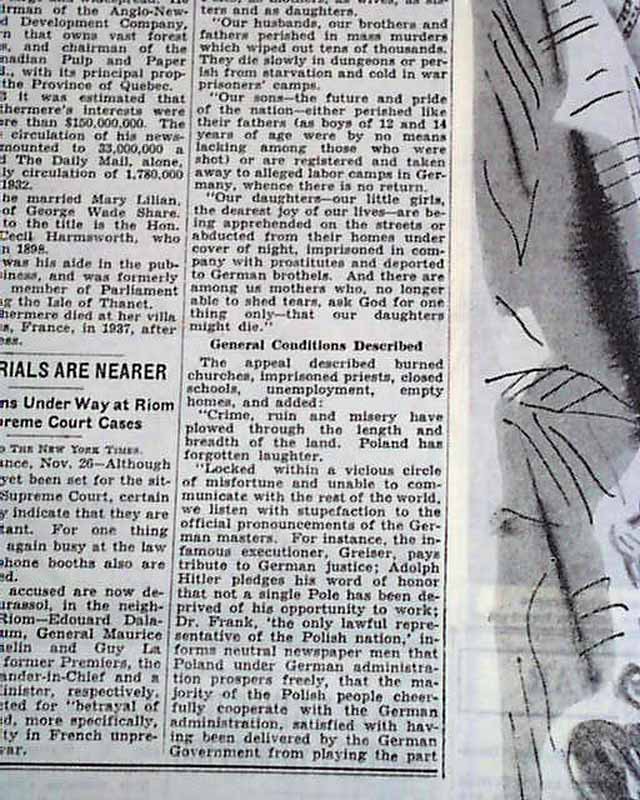 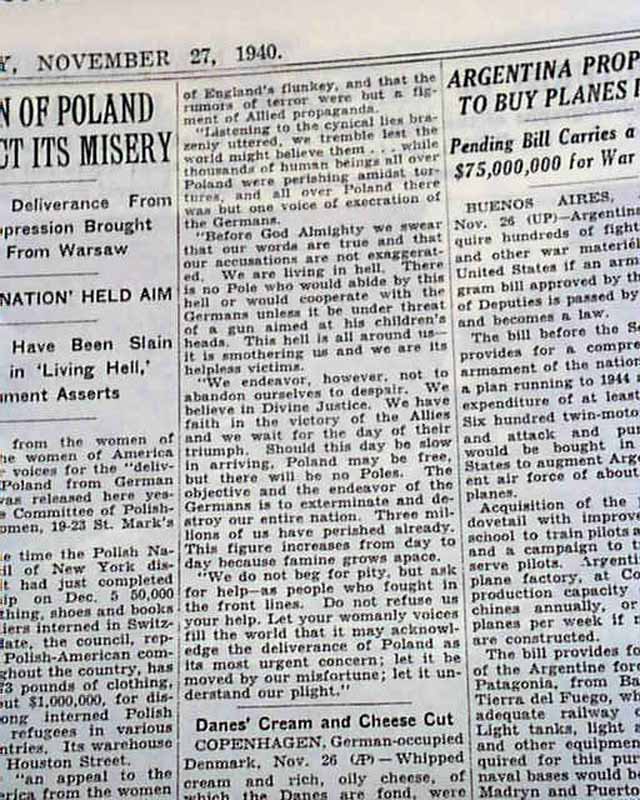 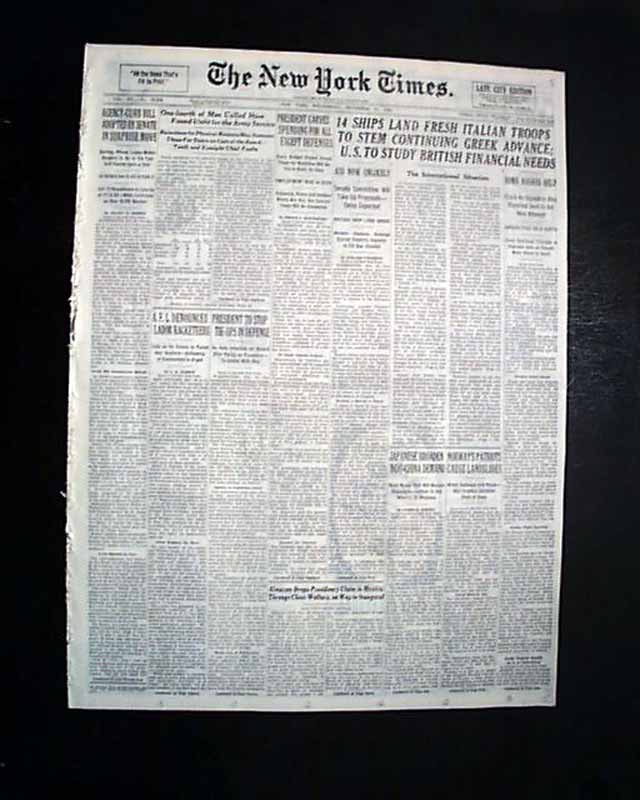