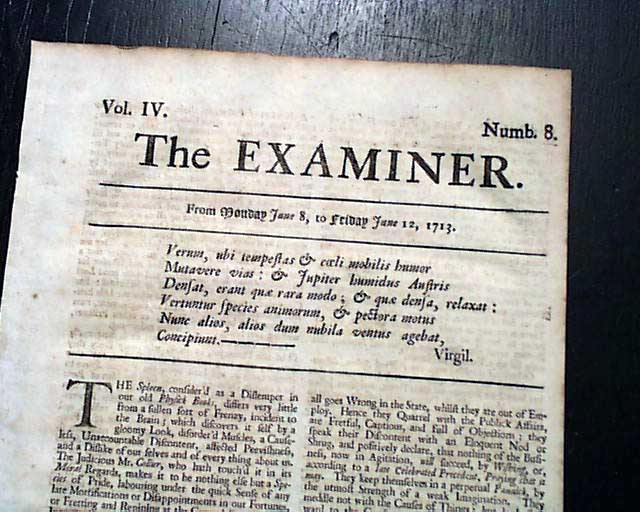 
THE EXAMINER, London, June 12, 1713  This editorial-format newspaper was edited by the famed Jonathan Swift at this time (of Gulliver's Travels fame), It promoted a Tory perspective on British politics, at a time when Queen Anne had replaced Whig ministers with Tories.
Complete as a single sheet newspaper as was typical of the day, 7 1/2 by 13 inches, nice condition.