Home > Back to Search Results > Set of five different mastheads for the same title...
Click image to enlarge 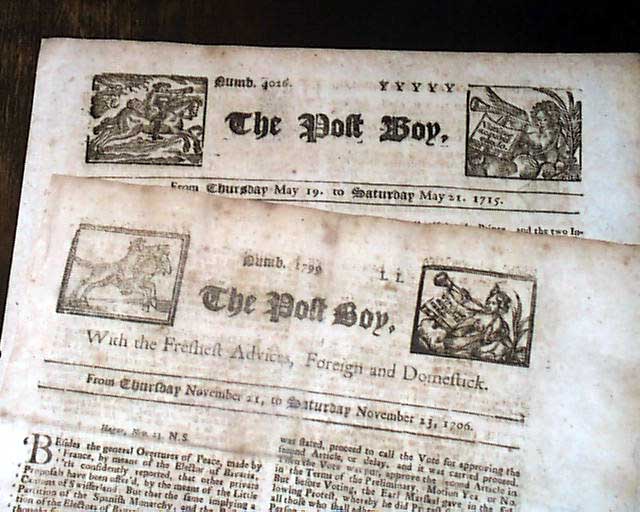 Set of five different mastheads for the same title...

As was often the case newspapers which existed over 30 years the masthead would often change, sometimes subtly. Here is a set with each masthead being slightly different, the earliest 2 with two engravings each, all differently slightly, and the last without any masthead engravings.
Each issue is complete as a single sheet newspaper in nice condition. A great price for 5 different issues from the early 1700's.