Home > Back to Search Results > Much on the evacuation of the Cumberland Gap...
Click image to enlarge 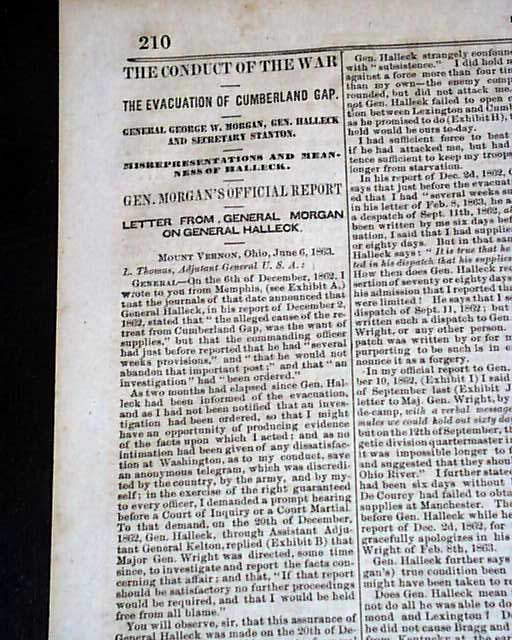 Much on the evacuation of the Cumberland Gap...


THE CRISIS, Columbus, Ohio, Aug. 2, 1865  Among the articles are: "The Conduct of the War" "The Evacuation of Cumberland Gap" "Gen. Morgan's Official Report" "Military Authority In Tennessee" "Who Burned Columbia?" and much more.
Eight pages, nice condition.