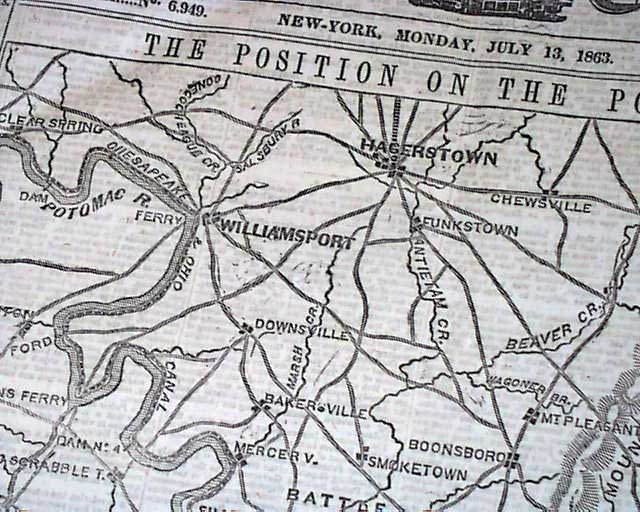 The front page is dominated by a quite large & detailed Civil War map headed: "THE POSITION ON THE POTOMAC."
Nice first column heads on the Civil War including: "Advance of Our Right Wing to Hagerstown" "Gen. Meade Concentrating His Lines" "Longstreet Defeated Near Sharpsburg" and more. The bkpg. has much on: "The Fall of Vicksburg" with other war news inside.
Eight pages, very nice condition.