Home > Back to Search Results > Perhaps our best 'War Of The Worlds' report...
Click image to enlarge 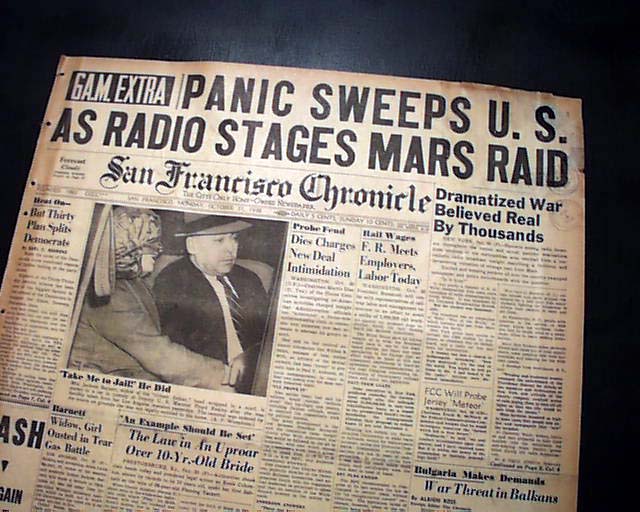 Perhaps our best 'War Of The Worlds' report...


SAN FRANCISCO CHRONICLE, Oct. 31, 1938  Perhaps the best issue we've offered on the famous radio broadcast of the "War of the Words" delivered by Orson Wells, thought by thousands to be real.
The banner headline above the masthead: "PANIC SWEEPS U.S. AS RADIO STAGES MARS RAID" with a subhead: "Dramatized War Believed Real by Thousands". The report carries over to page 2.
Complete in 22 pages, some repair work to the upper right of the front leaf because of prior loss, two red stamp at upper right as well. Small binding holes at the blank spine margin.