Home > Back to Search Results > The Battle of the Cedars...
Click image to enlarge 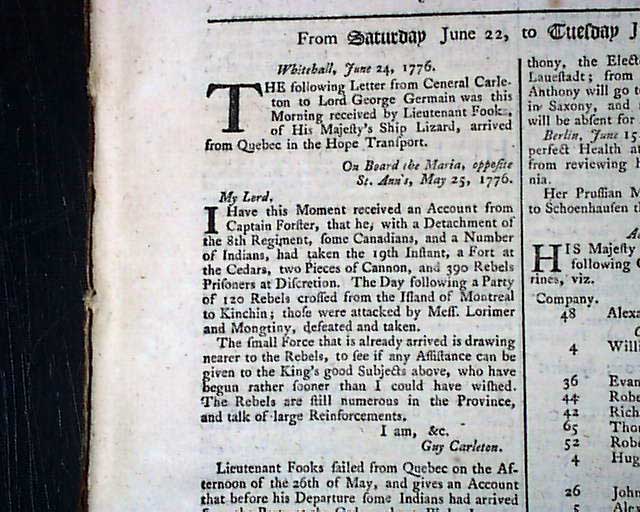 The Battle of the Cedars...

The front page begins with a letter from General Carleton at Quebec mentioning: "...account from Capt. Forster that he, with a detachment of the 8th Regiment, some Canadians, and a number of Indians, had taken...a fort at the Cedars, 2 pieces of cannon and 390 rebels prisoners...day following a party of 120 rebels crossed from the island of Montreal to Kinchin; those were attacked by mess. Lorimer and Mongtiny , defeated & taken..." with more.
This was the famous Battle of the Cedars, resulting in the surrender of the post held by American general Benedict Arnold.
The ftpg. also has an additional report on the Battle of the Cedars.
Sixteen pages, nice condition.