Home > Back to Search Results > 1938 Kristallnacht in Nazi Germany...
Click image to enlarge 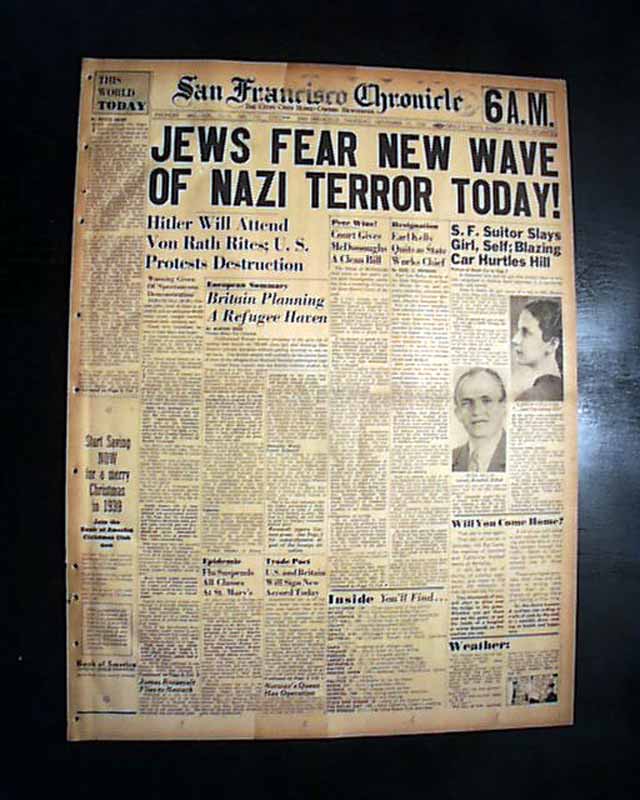 A follow up to "Kristallnacht" or Night of Broken Glass, a coordinated attack upon Nazi Jews which resulted in 91 deaths and over 30,000 being sent to concentration camps. The nice front page headline reads: "JEWS FEAR NEW WAVE OF NAZI TERROR TODAY" with subheads.
Complete with all 30 pages, light toning and minor wear at the margins with a few archival mends, small library stamp within the masthead, small binding holes along the spine, generally nice.