Home > Back to Search Results > Washington crew to win Olympic gold in 1936....
Click image to enlarge 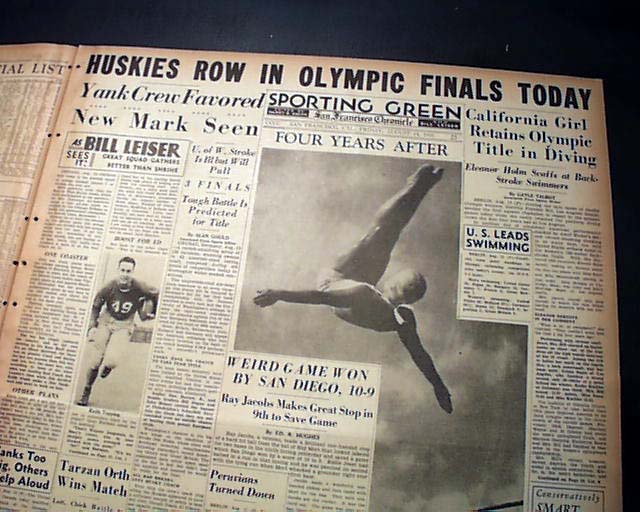 The top of the front page of the sport's section has a nice banner headline: "HUSKIES ROW IN OLYMPIC FINALS TODAY" with subheads. (see) Coverage on the University of Washington Huskies crew going for the the gold vs. Nazi Germany in the 1936 Summer Olympics in rowing.
Complete with all 34 pages, light toning and a minor wear at the margins, small library stamp on the front page, small binding holes along the spine, generally nice.