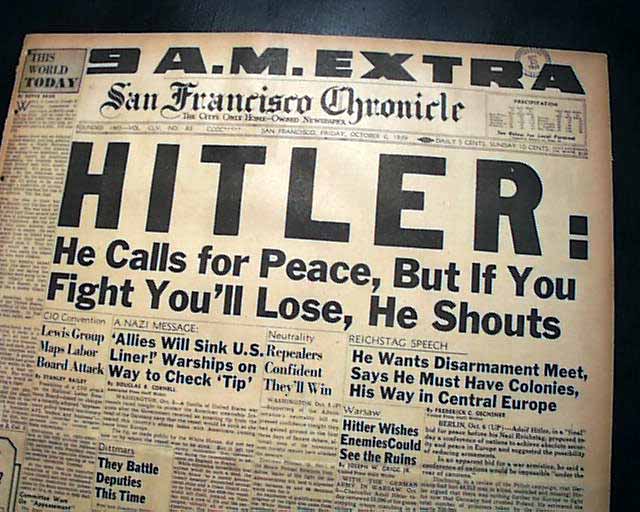 The front page has nice headline: "HITLER" in large, bold lettering and: "He Calls for Peace, But If You Fight You'll Lose, He Shouts" being the coverage of his infamous speech to approximately 800 Nazi deputies at the Kroll Opera House in Berlin. Nice for display.
Complete with all 32 pages, small library stamp within the masthead, small binding holes along the spine, generally nice.