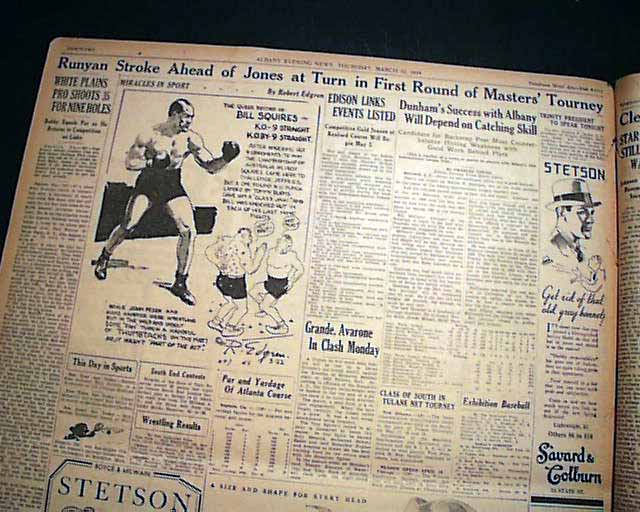 Page 32 has a banner headline: "Runyan Stroke Ahead of Jones at Turn in First Round of Masters' Tourney" with subheads. see) This was the very first day of the 1st Master's making this a very significant issue for any golf collector.
Complete with all 40 pages, binding slits along the spine, some margin wear, generally in good condition.