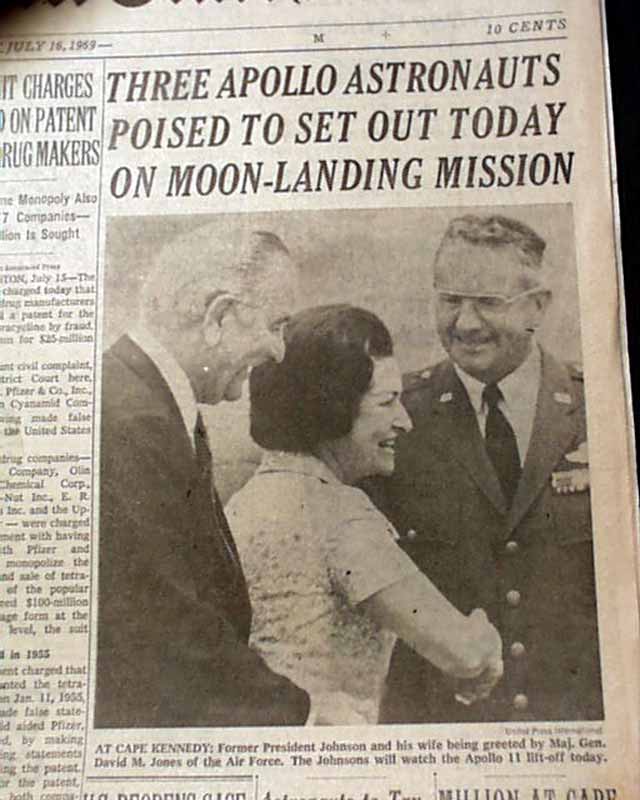 The top of the front page has a three column headline: "THREE APOLLO ASTRONAUTS POISED TO SET OUT TODAY ON MOON-LANDING MISSION" with subheads and related photo. Much more inside, loads of text. Coverage at the beginning of the historic flight of Apollo 11 which put the very first humans on the Moon.  Most issues that were saved was the actual Moon landing making this issue more uncommon. Nice to have in this famous NYC title.
Complete with all 72 pages, very light toning along the central fold, nice condition.