Home > Back to Search Results > On the French Revolution...
Click image to enlarge 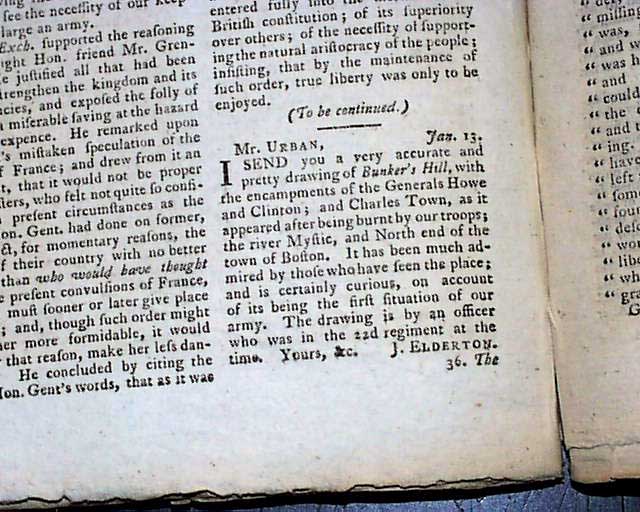 On the French Revolution...

Item # 662379 THE GENTLEMAN'S MAGAZINE, London, February, 1790
Near the back of the issue are nearly two pages concerning an "Accurate Statement of the Late Revolution in France" which includes a letter signed by the King: Louis, as well as an "Address to the Queen" with "The Queen's Answer" (see photos for portions). Both Louis XVI and Marie Antoinette would be beheaded by 1793.
Included are two of the three plates called for, Kirkstall Abbey, and a plate of tokens, seals, medals, etc. The plate of Bunker's Hill is lacking.
Complete in 96 pages with full title/contents page featuring an engraving of St. John's Gate. . Measures 5 by 8 inches, very nice, clean condition.