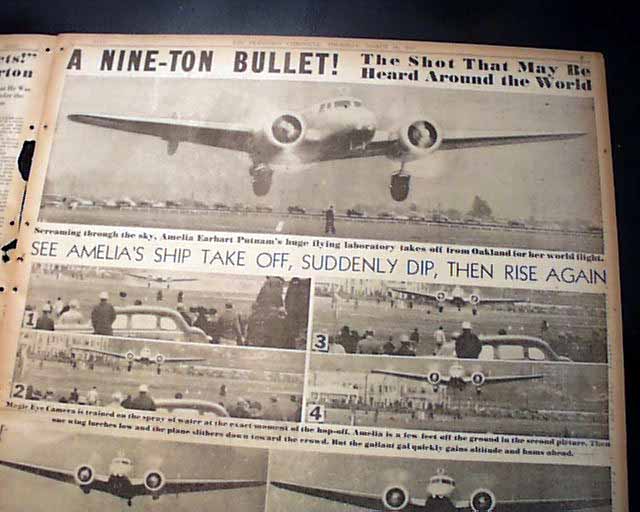 The top of the front page has a two column heading: "Amelia Hops Off From Oakland on Her World Flight" with subheads. (see) More on page 2 & 3 with a great full page pictorial showing many views of her takeoff. First report coverage on her attempt to fly around the World which eventually lead to her famous disappearance a few months later in which she was never found. Great to have in a San Francisco publication, the city she flew over first from Oakland.
Complete with all 36 pages, light toning at the margins, small library stamp within the masthead, small address label on the front page, small binding holes and a little wear along the spine, generally good.