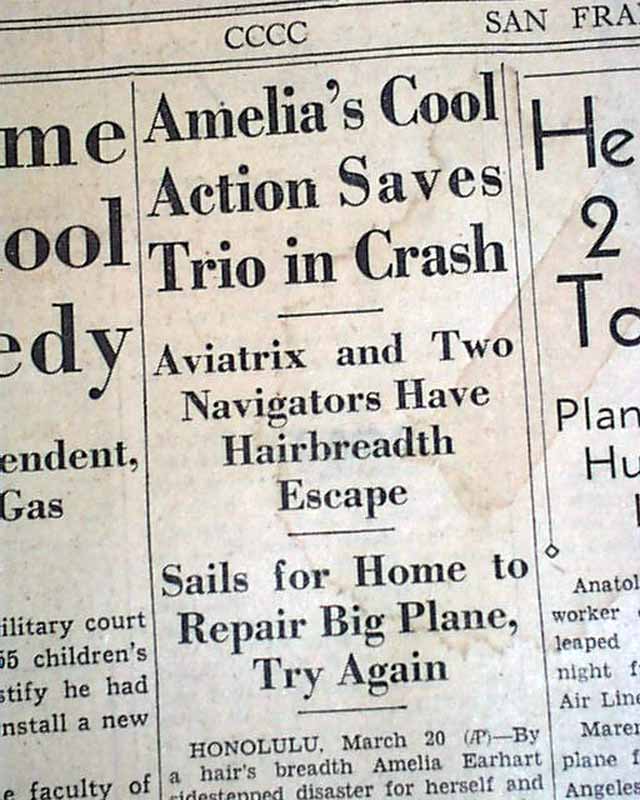 The front page has a one column heading: "Amelia's Cool Action Saves Trio in Crash" with subheads. (see) First report coverage on Earhart crashing her airplane in Hawaii. This would end her 1st attempt to fly around the World. She would try again a few months later which lead to her famous disappearance in the Pacific.
Complete with all 40+ pages, light toning and minor wear at the margins, small library stamp and label within the masthead, small binding holes along the spine, generally nice.