Home > Back to Search Results > In response to Washington's state-of-the-union address...
Click image to enlarge 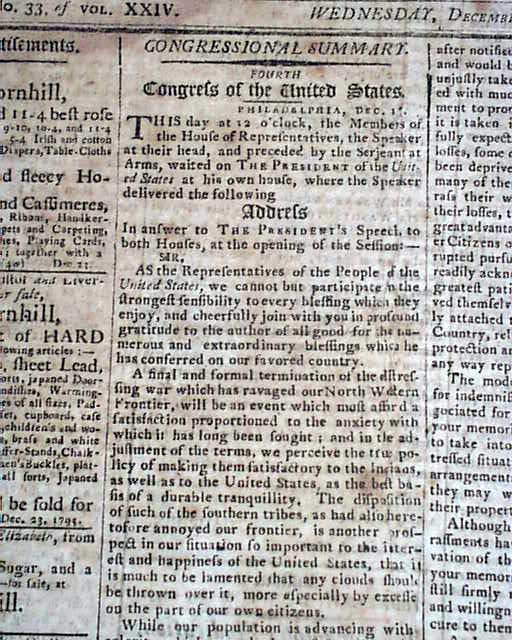 In response to Washington's state-of-the-union address...

The ftpg. has: "Congressional Summary - Congress of the United States" with prefacing remarks noting: "...members of the House...waited on the President of the United States at his own house, where the Speaker delivered the following 'ADDRESS' In answer to The President's Speech to both Houses..." which was Washington's state-of-the-union address. Following this is: "To which the President made the following reply:..." which is signed in type: Go. Washington.
Four pages, minor foxing, a few small margin tears.