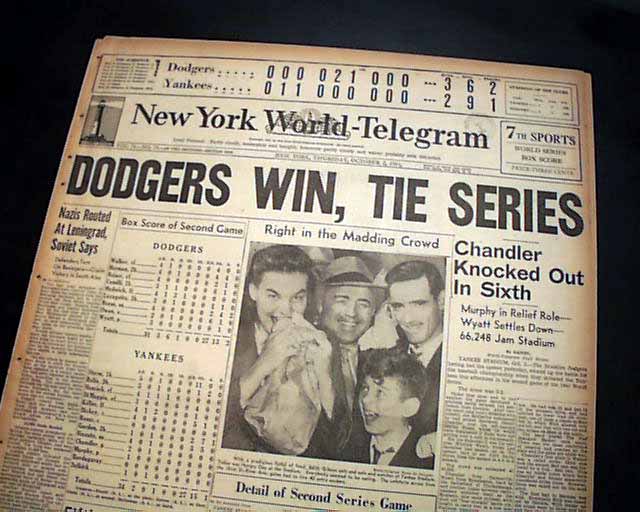 The front page has a terrific banner headline: "DODGERS WIN, TIE SERIES" with subheads, scoreboard above the masthead, large box scores and inning by inning coverage. Great for display and unusual for such a nice headline on the front page. And of course great to have in a NYC publication. Rare as such. More coverage in the sport's section as well.
Complete with all 40 pages, light toning and minor wear at the margins, small library stamp within the masthead, small binding holes along the spine, generally nice.