Home > Back to Search Results > Stock market crash before the big one in 1929....
Click image to enlarge 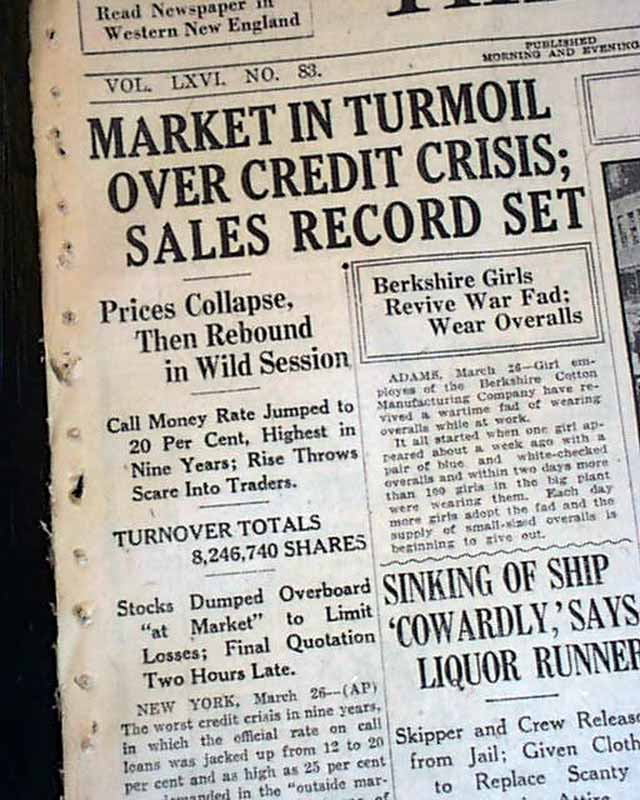 The top of the front page has a two column headline: "MARKET IN TURMOIL OVER CREDIT CRISIS; SALES RECORD SET" with subheads. (see) If they only knew what was to come a few months later.
Complete with all 28 pages, light toning at the margins, generally nice.