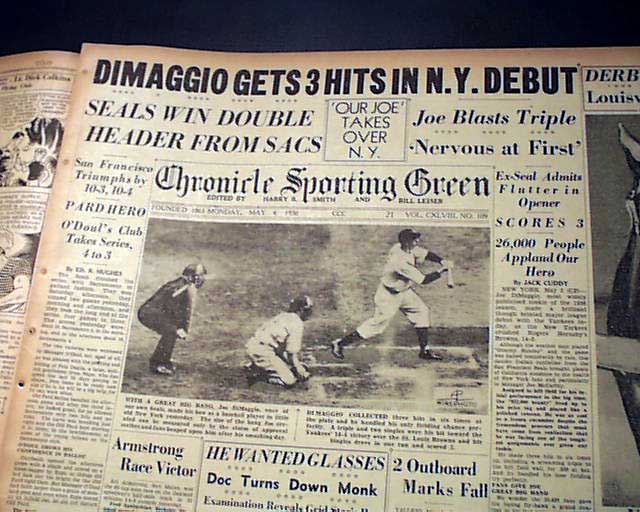 The sports page has a nice headline: "DIMAGGIO GETS 3 HITS IN N.Y. DEBUT" with subhead: "Joe Blasts Triple - 'Nervous At First' "with more. Plus a nice photo of Joe DiMaggio at bat.
Much is made of him having been a "Seal", formally a member of the San Francisco Seals of the Pacific Coast League.
Fine coverage as would be expected from his home-town newspaper.
Complete in 30 pages, light toning at the margins, some small binding holes along the blank spine, small address label on the front page, generally very nice.