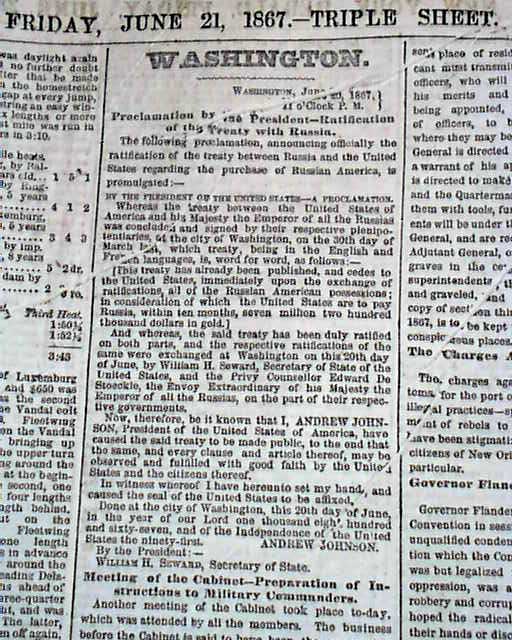 The top of page ten has: "Washington" "Proclamation by the President--Ratification of the Treaty With Russia"  which formalized the controversial purchase of Alaska.
The proclamation states in part: "Whereas, The Treaty between the United States...and His Majesty the Emperor of all the Russias...is word for word as follows: 'This treaty has already been published, and cedes to the United States, immediately upon the exchange of ratifications, all of the Russian American possessions. In consideration of which the United States are to pay Russia, within ten months, seven million two hundred thousand dollars in gold....Now therefore, be it known that I, Andrew Johnson, President...have caused said treaty to be made public...and may be observed and fulfilled in good faith by the United States and the citizens thereof.'" A bit more. Signed in type: Andrew Johnson.
Eight pages, nice condition.