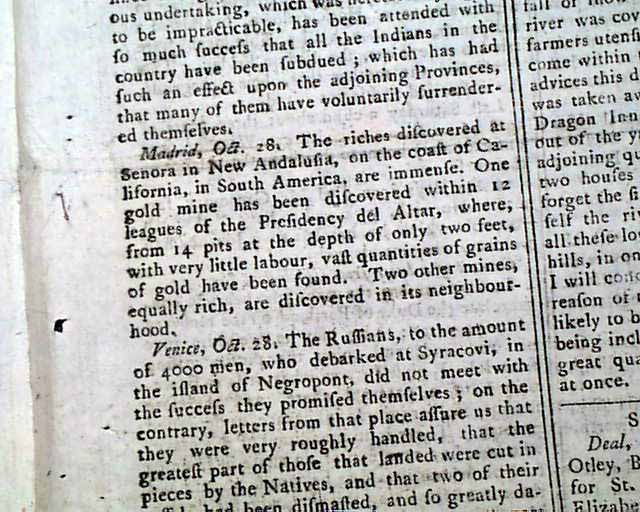 * Very early use of the word "California"

A page 3 report from "Madrid" says: "The riches discovered at Senora, in new Andalusia, on the Coast of California, in South America, are immense. One gold mine has been discovered within 14 leagues of the Presidency del Altar where from 14 pits at a depth of only two feet, with very little labor, vast quantities of grains of gold have been found. Two other mines, equally rich, are discover in its neighbourhood."
Four pages, in nice condition.