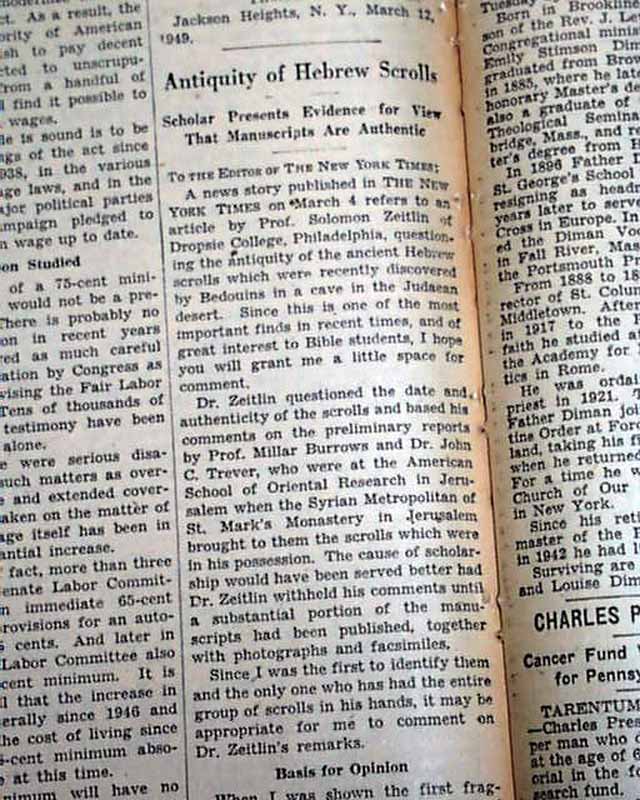 Page 14 has 3/4 of a column taken up with a report headed: "Antiquity of Hebrew Scrolls" "Scholar Presents Evidence for View That Manuscripts Are Authentic" This is a report on the recently-found Dead Sea Scrolls. See images for text here.
Also a five column headline on the front page: "20-YEAR ATLANTIC TREATY BINDS SIGNERS TO ACT AGAINST ATTACK; ARMS AID FACES SENATE TROUBLE" with many subheads and related map. Much more in side including official text and a few photos. Nice to have in this venerable title.
Complete 30 page issue, minor margin wear, nice condition.