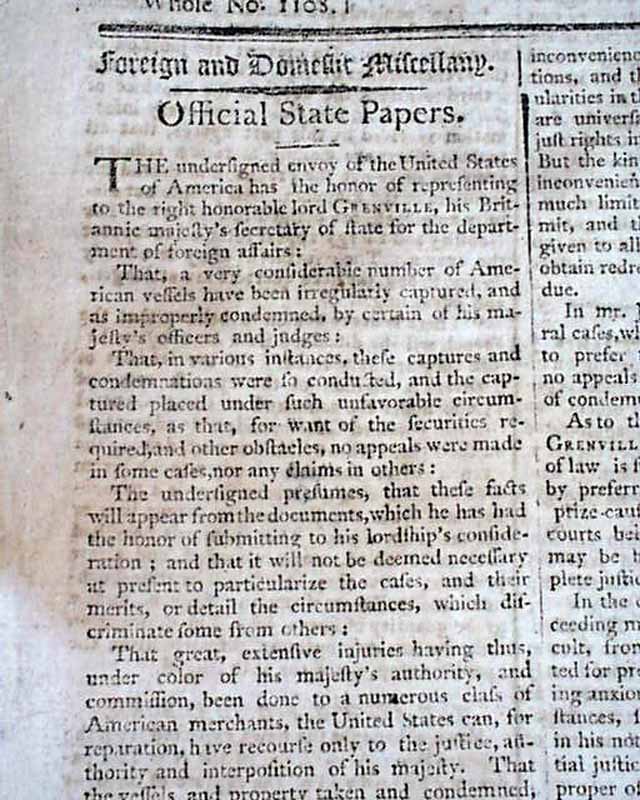 Most of the first column is taken up with a letter signed in type by: John Jay, such letters rarely found in period newspaper. It concerns the problem with British impressment of American sailors and the seizure of ships. Various news of the day inside.
Four pages, light damp staining, generally good condition.