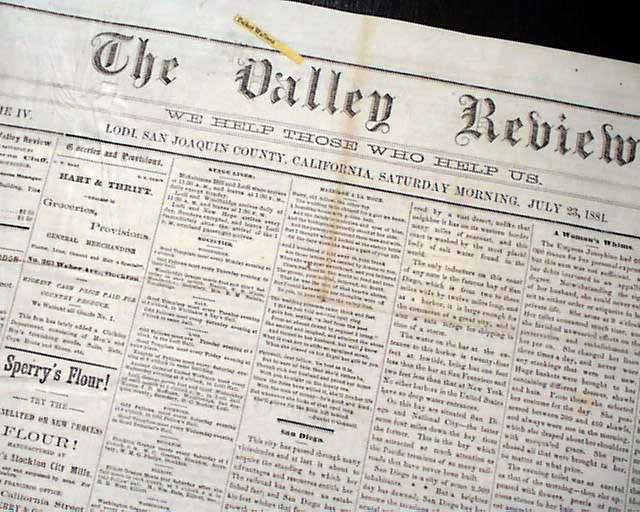 Page 2 has a report headed: "The Missouri Train Robbery", being the infamous Rock Island Railroad train robbery at Winston by Jesse James & his gang. The report includes in part: "...four rough appearing men got on the train with handkerchiefs held about their faces...made a rush for the engine...'You are the man I want', and fired...a second robber fired a shot which killed him instantly. The conductor fell dead on the platform..." with much more detail of the robbery. This was one of more famous of the James-Younger Gang robberies.
Four pages, archivally rejoined at the spine, small piece from the bottom affects some words in unrelated articles, otherwise nice.