Home > Back to Search Results > Prelude to the death of the King of England...
Click image to enlarge 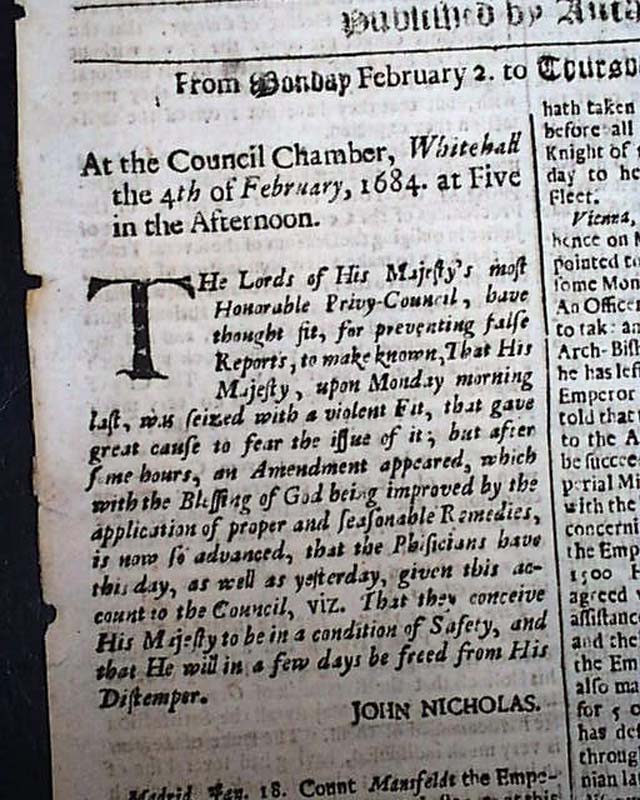 Prelude to the death of the King of England...

The top of the front page, set in larger-than-normal italic type, is a very timely and significant report on the ill health of the King. Indeed, he would die the day after the publication of this issue, February 6, which would be reported in the next issue of the London Gazette.
The full text of the report is shown in the photo below, portions including: "The Lords of His Majesty's most Honorable Privy Council have thought fit...to make known that his Majesty, upon Monday morning last, was seized with a violent Fit that gave great cause to fear the issue of it...and that He will in a few days be freed from His distemper." with more. But he would not recover.
Complete as a single sheet newspaper, 6 1/2 by 11 inches, very nice, clean condition. Terrific to have this report not only in this significant title, but also on the front page. Very likely the first report of his seizure which would cause his death in a few days.