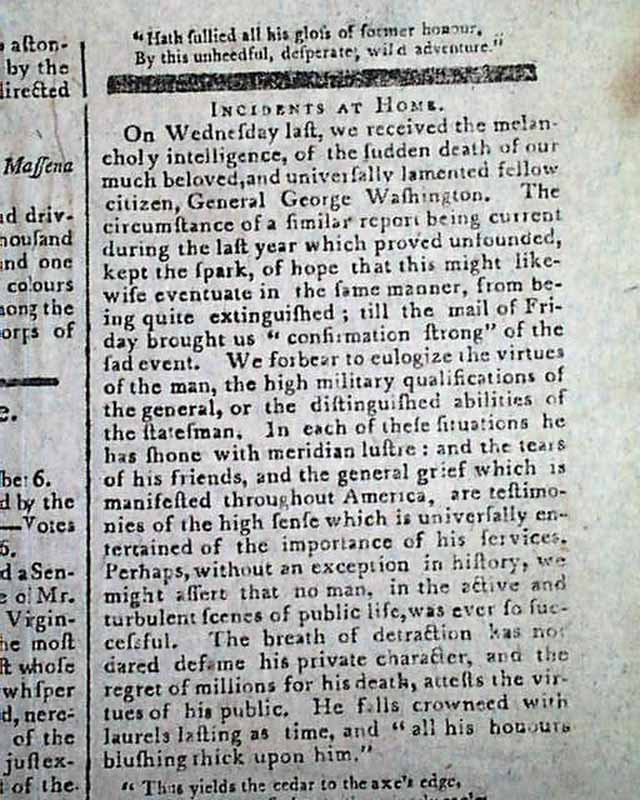 Reports on the death of Washington remain among the more desired, and scarce, newspapers of the post-Revolutionary War era. Rarely have we been able to offer a first report: this is one.
Page 3 has a report taking over half a column with a black border at the top which begins: "On Wednesday last, we received the melancholy intelligence of the sudden death of our much beloved, and universally lamented fellow citizen, General George Washington. The circumstances of a similar report being current during the last year which proved unfounded, kept the spark, of hope that this might likewise eventuate in the same manner, from being quite extinguished; till the mail of Friday brought us 'confirmation strong' of the sad event..." with much more.
Four pages, very nice, clean condition. One vertical crease which does not affect the mentioned article.