Home > Back to Search Results > Creating the Jefferson Territory...
Click image to enlarge 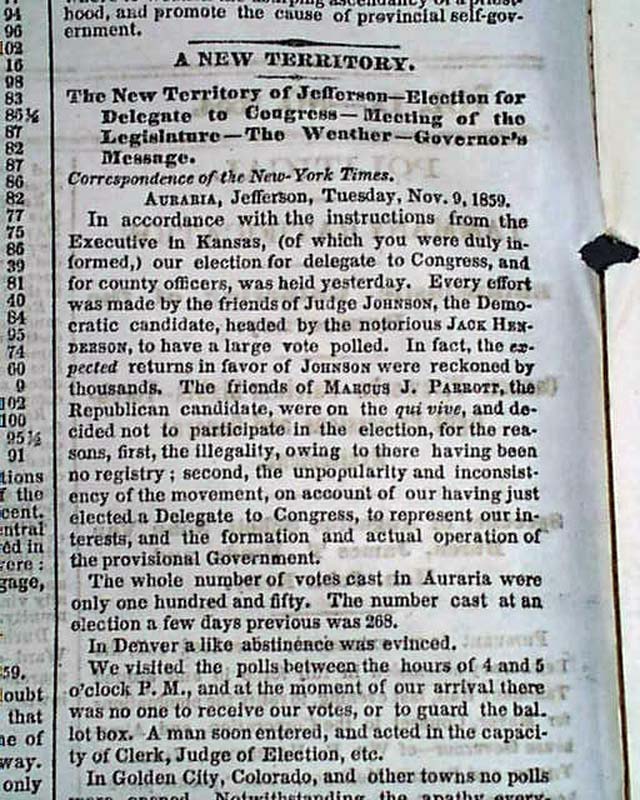 * Provisional Government of the Territory of Jefferson
* Pre Colorado Territory

Page 2 has an intriguing article: "A New Territory" "The New Territory of Jefferson--Election for Delegate to "Congress--Meeting of the Legislature..." which is followed by: "Governor's Message - History of the Organization of the New Territory of Jefferson". A curious bit of U.S. history concerning this territory which existed for just 16 months, was never recognized by the federal govt., and which encompassed land from the Kansas, Nebraska, Utah, New Mexico & Washington Territories.
Eight pages, very nice condition.