Home > Back to Search Results > Appropriations for the support of the military in 1799...
Click image to enlarge 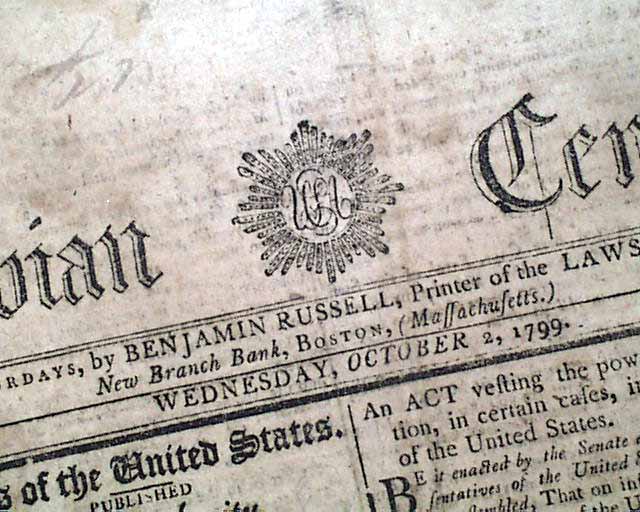 Appropriations for the support of the military in 1799...

The front page has: "An ACT making appropriations for the support of the military establishment, for the year one thousand seven hundred and ninety-nine...", signed in script type: John Adams. There is also: "An ACT vesting the power of retaliation, in certain cases, in the President of the United States...", also signed in script type: John Adams.
Page 2 has an interesting report: "Gen. Dearborn of Massachusetts, arrived a few days ago at Shell Castle, with the frames of the Light-House, which the care of the Federal Government has undertaken to direct Cape Hatteras, and the Beacon which was to be placed at Shell-Castle..." with more.
Four pages, never bound nor trimmed, nice condition.