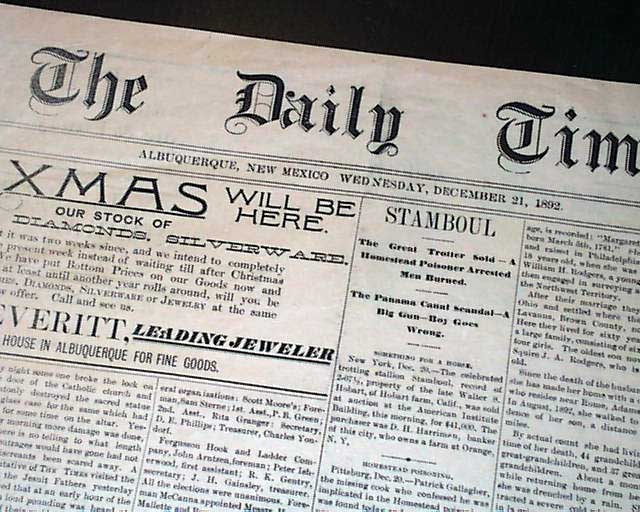 Nineteenth century newspapers from New Mexico Territory (became a state in 1912) rank among the more difficult to find from the Western states. Here is an issue from the famous city published 20 years before statehood. The content is a combination of local & national news of the day plus a wealth of ads, the type of ads which might be expected from a Western town.
This issue is damaged with two dime-size holes near the middle with other clean tears near the center of the issue as well. A good "type" issue of a rare territorial newspaper at a much reduced price.

Great from the ghost town from the Co...