Home > Back to Search Results > Capture of the bandit Vasquez...
Click image to enlarge 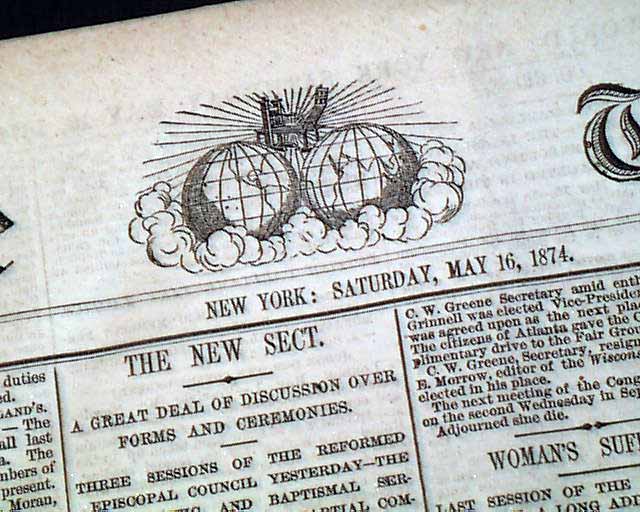 Capture of the bandit Vasquez...

On the front page in the second column below the fold is rather inconspicuous report  under "Crime" that is headed: "The Capture Of The Bandit Vasquez And Two Of His Gang--Vasquez Not Seriously Wounded."
The report, datelined "San Francisco, May 15", reads, in part: "The accounts of the capture of Vasquez...differ. The most reliable statement is that he was surprised while at dinner, with his weapons in another room. He received seven wounds in his attempt to escape....There is great excitement at Los Angeles. The jail is guarded by a strong force of men to prevent the escape or lynching of the prisoner..." plus a few details about the reward money for his capture. Great to have this brief but notable report on the front page.
Eight pages, nice condition.