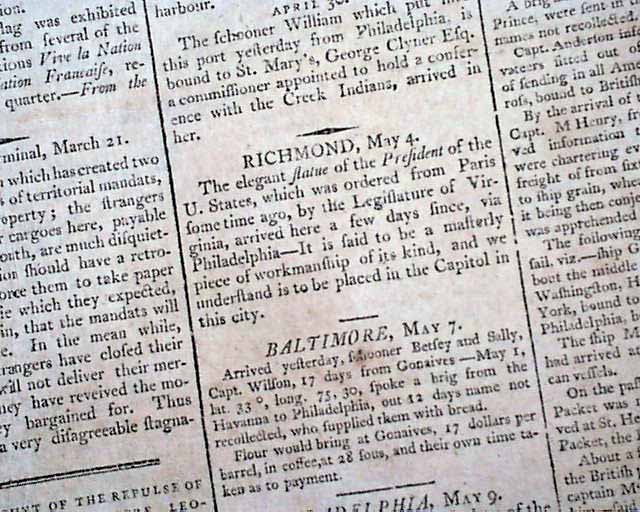 The most notable content is a rather inconspicuous report of the arrival of the very famous Jean-Antoine Houdon statue of George Washington for the capitol building at Richmond. The report from Richmond reads: "The elegant statue of the President of the U. States, which was ordered from Paris some time ago, by the Legislature of Virginia, arrived here a few days since...It is said to be a masterly piece of workmanship of its kind and we understand is to be placed in the Capitol in this city."
Four pages, very nice condition.