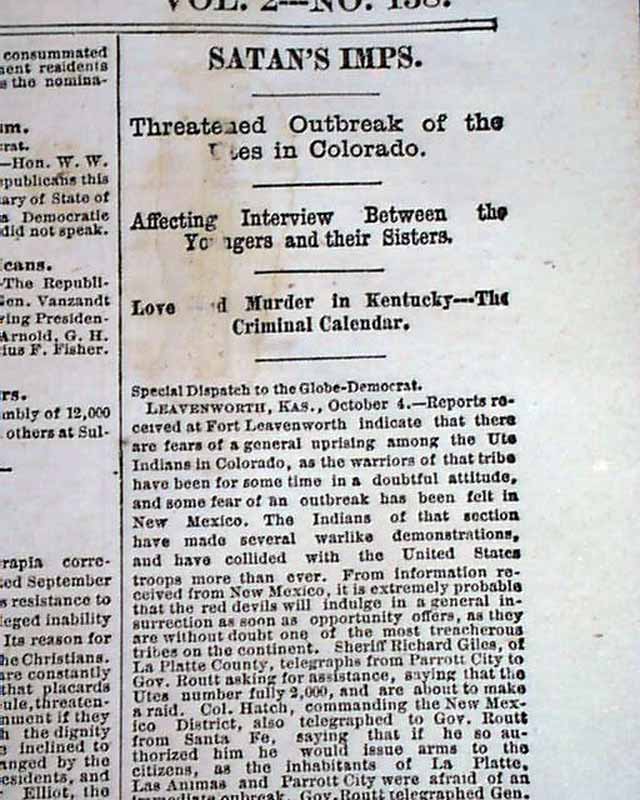 The top of a front page column has heads: "SATAN'S IMPS" "Threatened Outbreak of the Utes in Colorado" "Affecting Interview Between the Youngers and their Sisters". The latter is concerning the famous outlaws & includes: "The relatives visiting the Younger brothers in jail..." with more.
Page 2 has: "The James Brothers--Their Last Trick to Elude Enraged Pursuit" which includes: "...some personal knowledge of the whereabouts of the two Northfield bank robbers, supposed to be the James brothers, whose hiding place has not yet been discovered..." with more.
Eight pages, slightly irregular at the spine, minor loss of ink to some words in the noted heads, generally very nice.

The first newspaper published in Wyom...

Short-lived labor newspaper with an a...