Home > Back to Search Results > From the early weeks of World War I...
Click image to enlarge 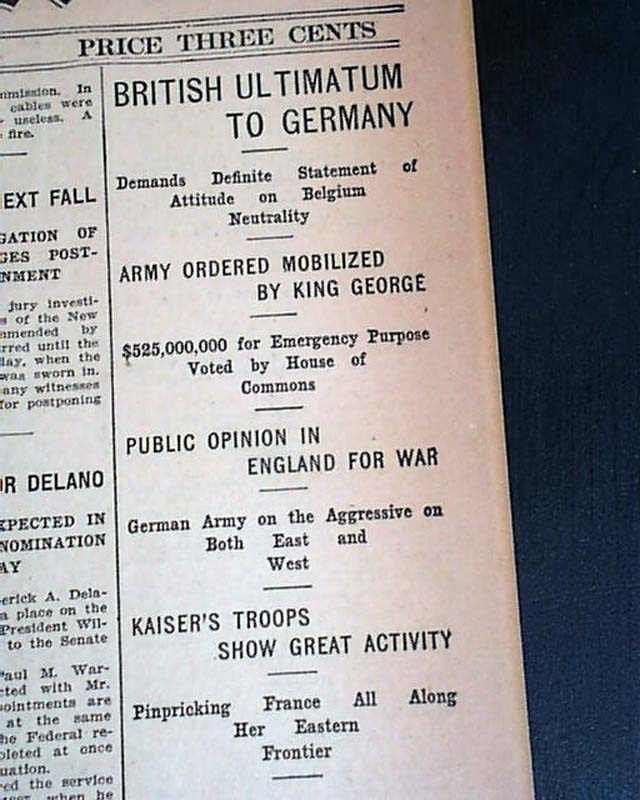 From the early weeks of World War I...


BOSTON EVENING TRANSCRIPT, Aug. 4, 1914  The front page has some very nice column headlines on the earlier weeks of World War I including: "BRITISH ULTIMATUM TO GERMANY" "Demands Definite Statement of Attitude on Belgium Neutrality" "Army Ordered Mobilized by King George" "Public Opinion In England For War" "German Army on the Aggressive on Both East and West" "Kaiser's Troops Show Great Activity" and so much more.
Fourteen pages, loose & a bit irregular at the spine, good condition.