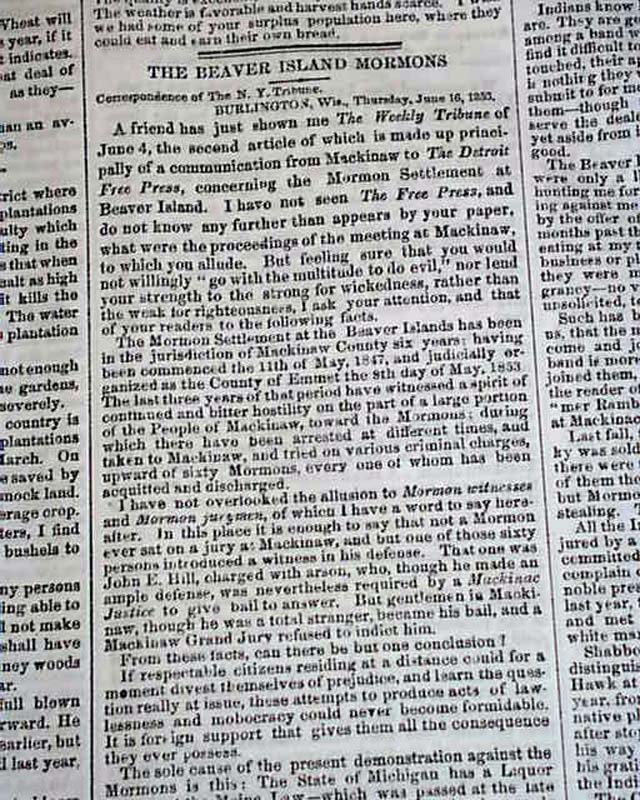 About 40% of page 5 is taken up with a very historic article headed: "The Beaver Island Mormons".
As a bit of background, In the 1850's Beaver Island, Michigan, was home to a unique American religious colony under the self-appointed "King Strang", leader of the Strangite Mormon Church.
The island's association with Mormonism began with the death of Joseph Smith. Most Latter Day Saints considered Brigham Young to be Smith's successor, but many others followed James J. Strang. Strang founded the Church of Jesus Christ of Latter Day Saints (Strangite), claiming it to be the sole legitimate continuation of the church restored by Joseph Smith. His organization still exists today, numbering about 400 members.
This lengthy article is almost entirely taken up with a letter signed in type by: Jas. J. Strang. Rarely do we find articles concerning the Beaver Island Mormons, making this detailed report a rarity in the collecting field.
Eight pages, slightly irregular at the blank spine, very nice condition.