Home > Back to Search Results > Rare ad for the 3-D version of "The French Line" starring Jane Russell...
Click image to enlarge 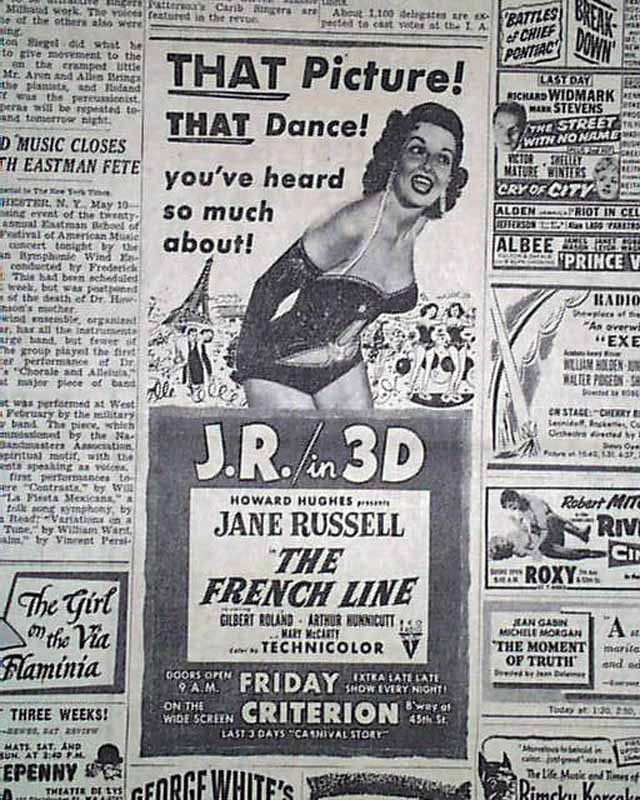 Rare ad for the 3-D version of "The French Line" starring Jane Russell...

Page 26 has an ad for: "THE FRENCH LINE", starring Jane Russell, which measures approximately 4" by 7 1/2". The ad includes: "THAT Picture! THAT Dance! you've heard so much about", followed by "J.R./in 3D".
Background: The movie was banned in most states, initially only appeared in St. Louis without the Production Code seal of approval, and only appeared in a few locations after the "condemned" scene was removed.
Other news, sports and in overall good condition.