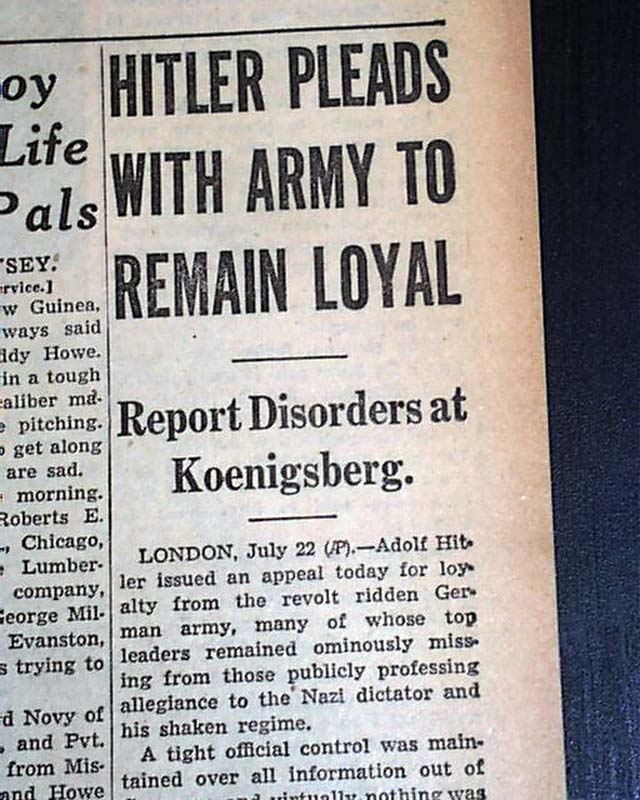 The last column of the ftpg. has: "HITLER PLEADS WITH ARMY TO REMAIN LOYAL" with a subhead. The article carries over to pg. 2 where there is a photo of Hitler with Mussolini.
This was shortly after the attempted assassination of Hitler.
The complete issue, nice condition, small binding holes at the blank spine.