Home > Back to Search Results > Trio of issues on the Abdication of the King of England...
Click image to enlarge 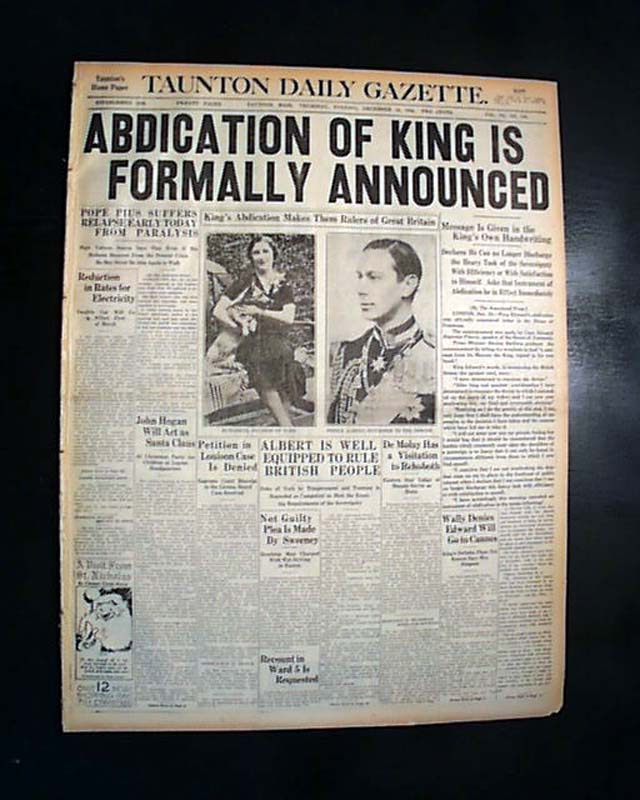 Trio of issues on the Abdication of the King of England...

The banner headline on each: "ABDICATION OF KING IS FORMALLY ANNOUNCED" with photos of his successor, Prince Albert & Elizabeth, Duchess of York; "Albert Becomes King as Abdication Is Approved" and "GEORGE PROCLAIMED KING" with a photo of Prince Albert.
Nice trio of issues on perhaps the most noted royal "scandal" of the 20th century.
Each issue complete, all 3 still bound together, light toning and minor wear at the margins, generally very nice.