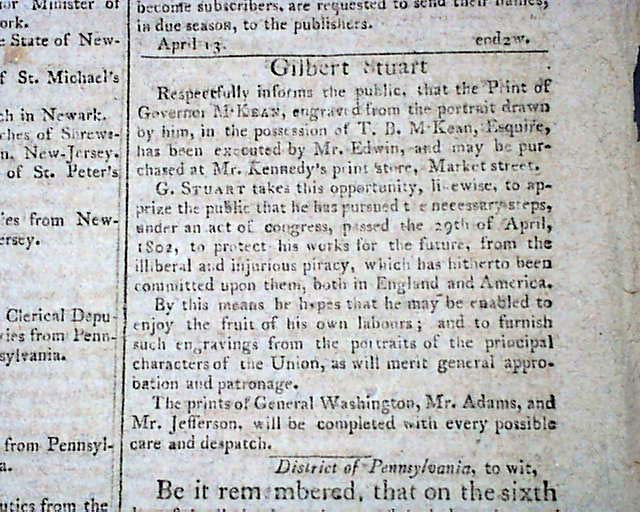 The back page has an advertisement headed "Gilbert Stuart", noting in part: "...G. Stuart takes this opportunity, likewise, to apprise the public that he has pursued the necessary steps...to protect his works for the future from the illiberal and injurious piracy which has hitherto been committed upon them..." and further on more text concerning a Stuart portrait of Washington as "Commander in Chief of the Armies of the United States during the Revolutionary War...".
Stuart is widely considered one of America's foremost portraitists. His best known work is the unfinished portrait of George, begun in 1796 and never finished. Stuart retained the portrait and used it to paint 130 copies which he sold for $100 each. The image of George Washington featured in the painting has appeared on the United States one-dollar bill and on various U.S. postage stamps. Stuart produced portraits of more than 1,000 people including the first six Presidents.
Four pages, archival mends to the top of pages 2 & 3, some margin chipping, loose at the spine, evenly toned, a bit fragile & should be handled carefully. 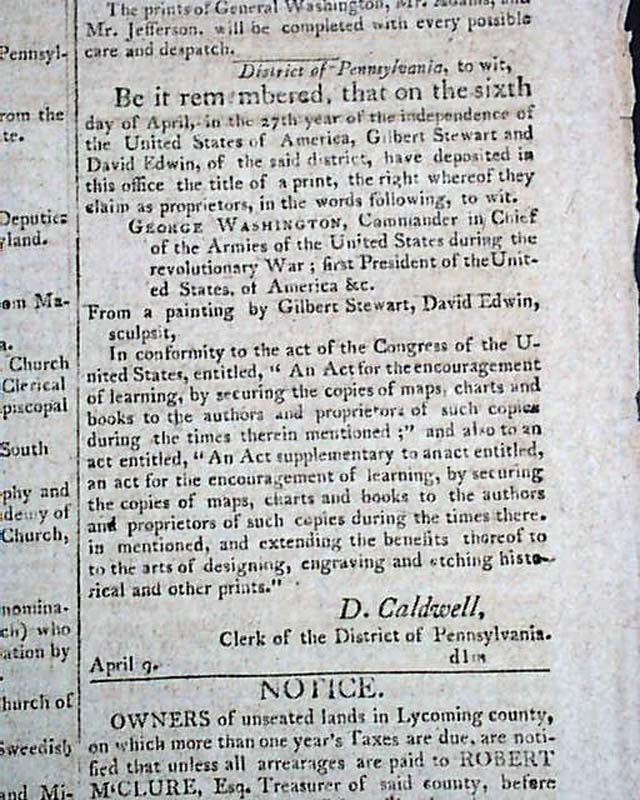 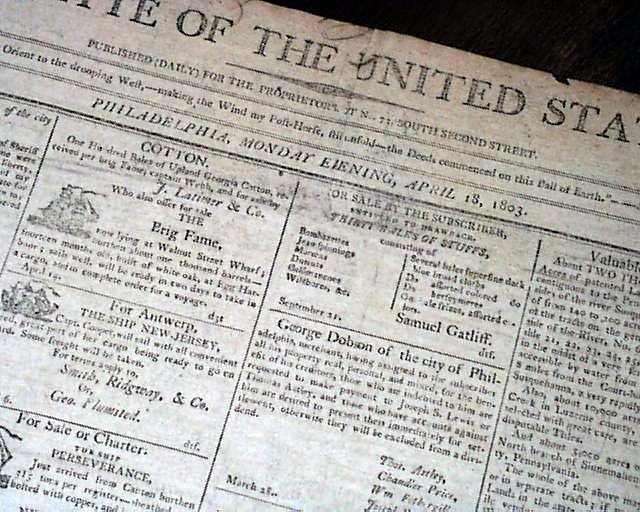 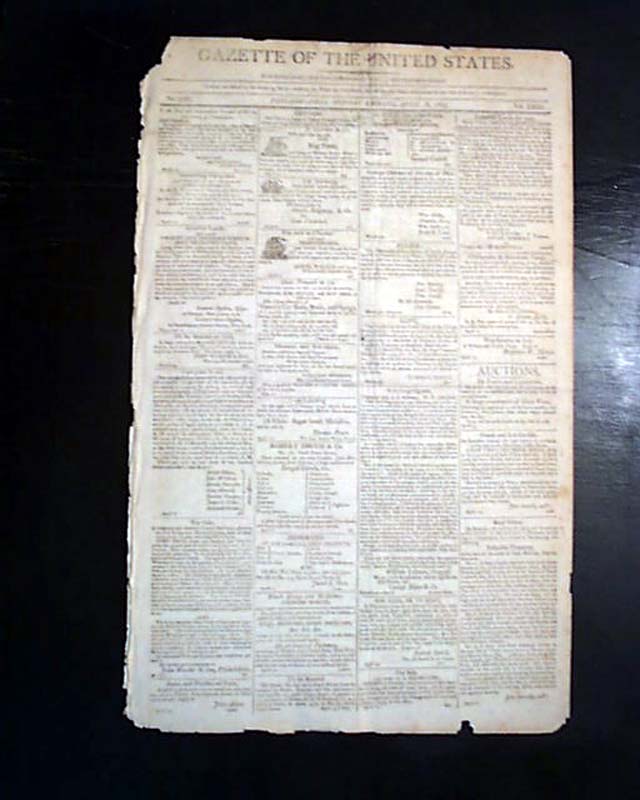