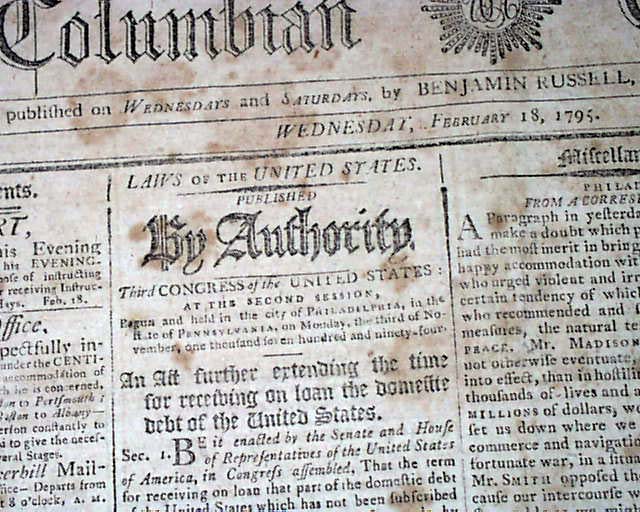 The front page has a full column taken up with not just one, but three Acts of Congress each signed in script type by the President: Go. Washington.  Displayable as such.
Four pages, various foxing, generally good condition.