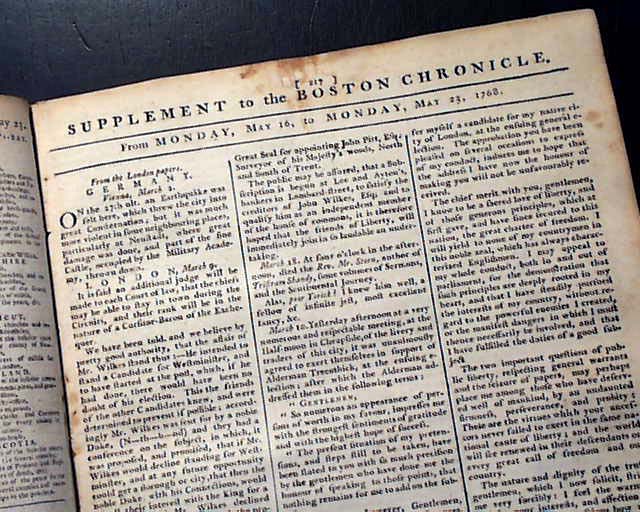 The content is varied from thoughts on religious concerns on the front page, to "Thoughts on Vegetation" to "A New Method of Making Hogs Grow Quickly Fat" & other curious articles in addition to a wealth of advertisements.
The better content is actually found in the attached Supplement issue with the front page having nice content including a letter to the Liverymen of London noting: "...The chief merit with you...I know to be a sacred love of liberty & of those generous principles...have since secured to this nation the great charter of freedom. I will yield to none of my countrymen in this noble zeal...I have steadily pursued the interests of my country without regard to the powerful enemies I created...The two important questions of public liberty, respecting general warrants & the seizure of papers..." with more (see). The discussion carries over to pg. 2.
An inside page letter from Charleston includes: "...The dutiful behaviour of the assembly of South Carolina in cheerfully making provision for quartering his Majesty's troops & complying with what has been required of them..." and another report includes: "...I see the commotions in Boston & other places are not yet wholly subsisted & that some over zealous Patriots endeavour to keep up the ball of contention by prompting the people to make public resolutions against wearing our more expensive manufactures...". The back page contains some ads including one headed: "Deserted, from his Majesty's schooner..." with notes on the 5 men (see).
Complete in 12 page inclusive of the Supplement issue, 8 1/2 by 10 1/2 inches, very nice condition. 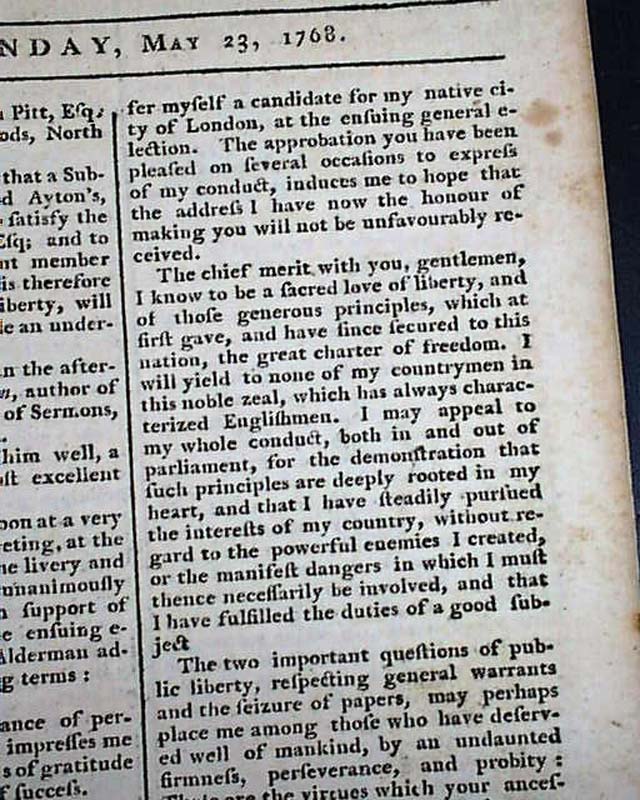 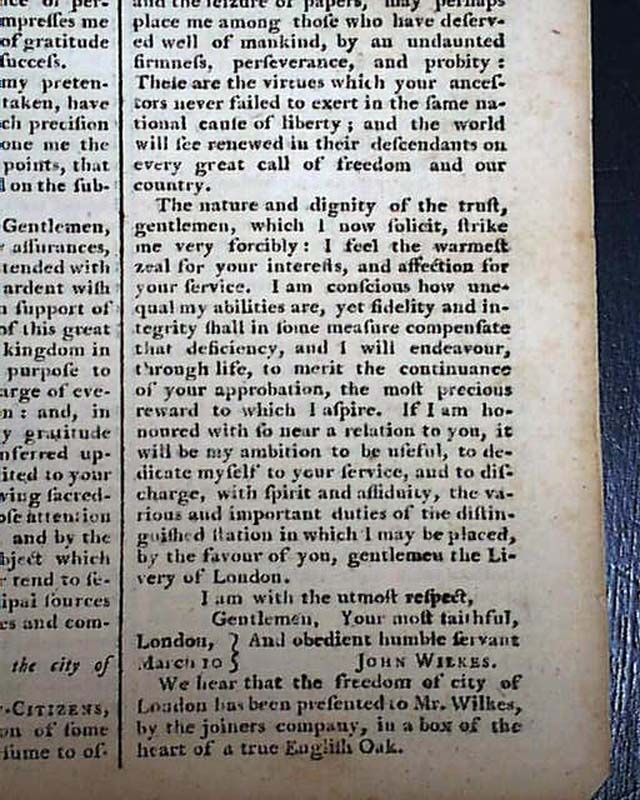 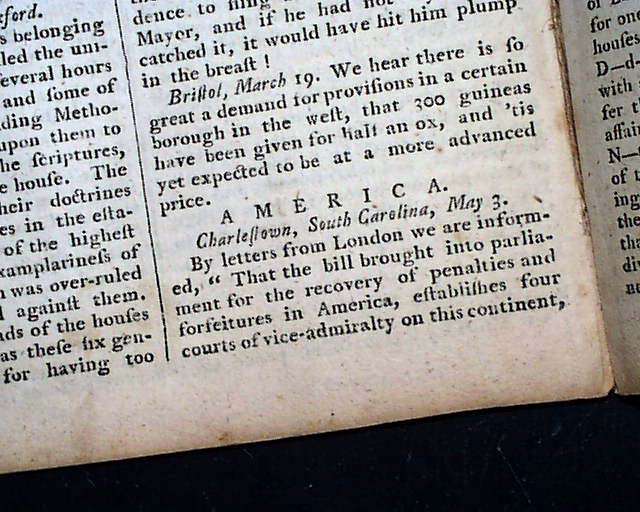 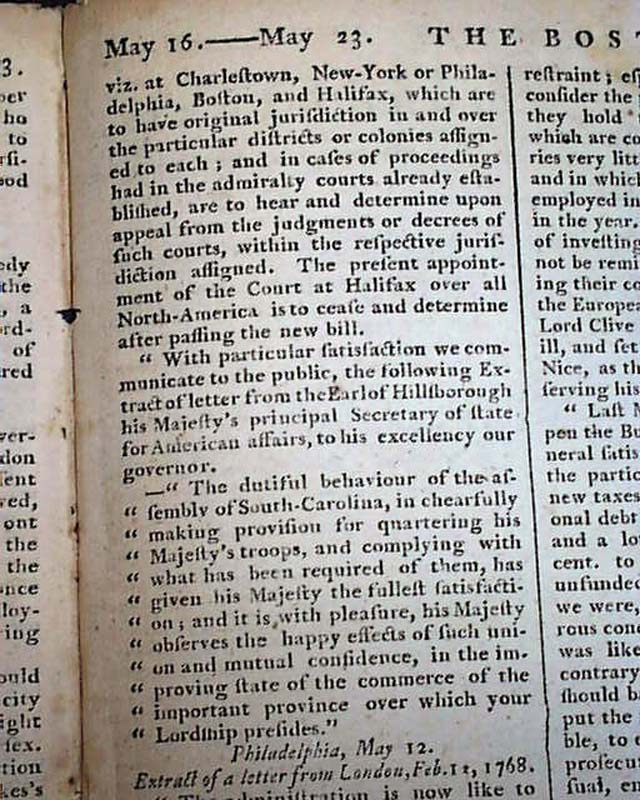 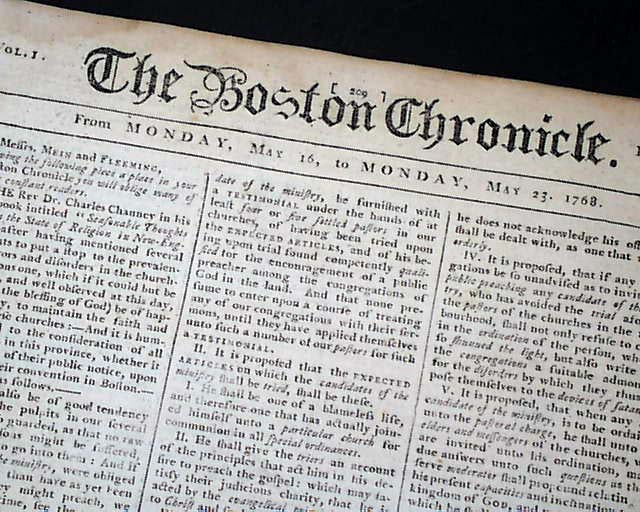 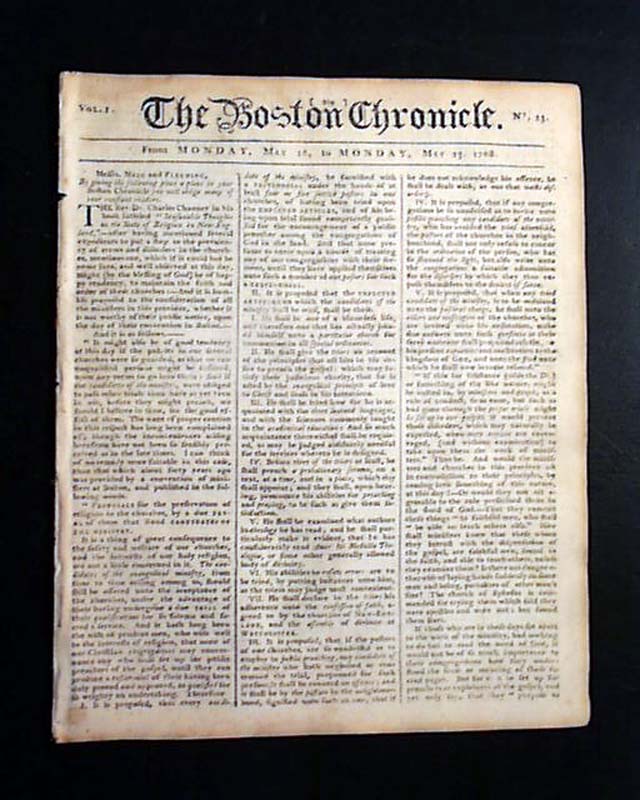