Home > Back to Search Results > Perhaps the best graphic Lincoln newspaper to be had...
Click image to enlarge 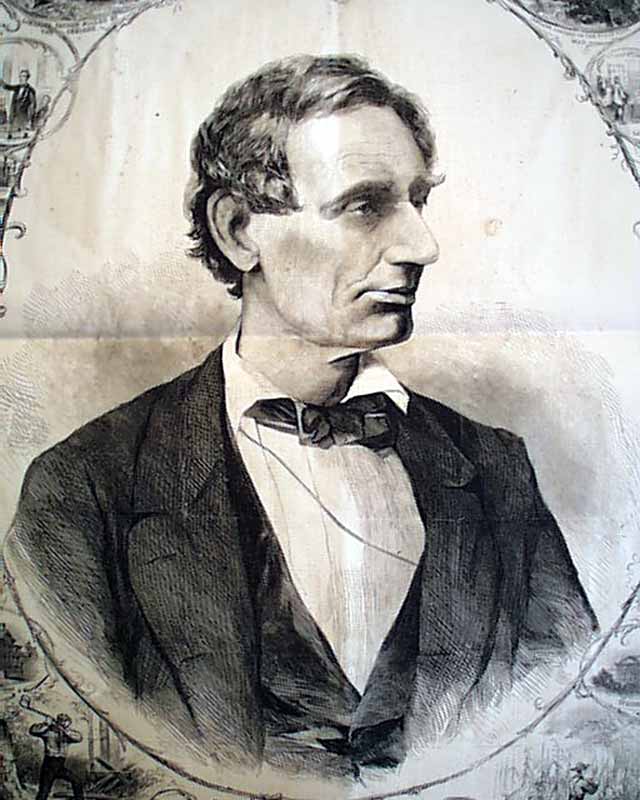 Perhaps the best graphic Lincoln newspaper to be had...

* Perhaps the best graphic Lincoln newspaper to be had...

Most of the front page is taken up with a very nice print captioned: "Jefferson Davis, First President of the New Southern Confederacy" with  a related article on him, carrying over to page 2. The front page also has text on: "Our Portrait of the President" which relates to the terrific double page centerfold which has a large portrait captioned: "Portrait of Abraham Lincoln, President elect of the United States of America, With Scenes & Incidents in His Life." The large central portrait shows Lincoln beardless, and surrounding it are 18 smaller prints of Lincoln's earlier life.
Also in this issue are prints of: "Front Parlor in Abraham Lincoln's House, Springfield, Ill." and "Sitting Room In Abraham Lincoln's House, Springfield, Ill." with related articles headed: "Mr. Lincoln's House" as well as: "The President Elect on His Way to Washington". And there is yet another print; "Abraham Lincoln, the President Elect, Raising the Stars & Stripes Over Independence Hall, Philadelphia".
Complete in 16 pages, never bound nor trimmed so it folds out to one large sheet, very nice condition.