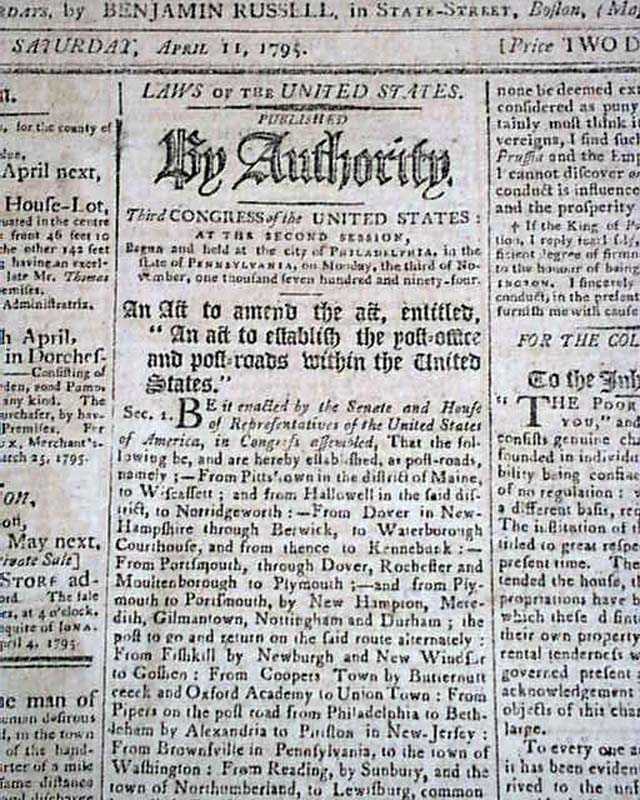 * George Washington script signature on the front page
* Ad for "The JEW: Or, Benevolent Hebrew"

The front page has an act to amend the act entitled: "An Act to establish the post office and post-roads within the United States," signed in script type by the President: Geo. Washington. Also included is an ad for the comedy: "The JEW: Or, Benevolent Hebrew".
News and other advertisements of the day. Four pages, very nice condition.